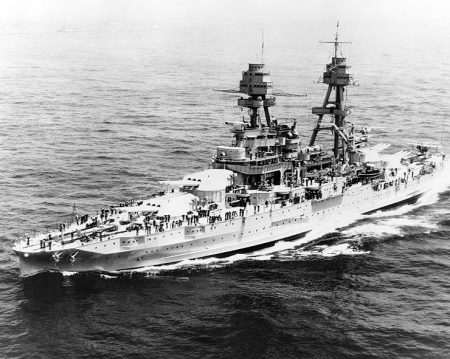 At the end of World War I, US naval planners assessed the naval operations of that conflict and came to the conclusion that a fleet lost 10% of its combat capability for every 1,000 miles (1600 km) it operated away from its base. The implications of this assessment were then compounded by the fortifications clause of the Washington Naval Treaty of February 1922 and expressly forbade the further development of British, Japanese and US bases in the western Pacific. This compelled the US Navy to study the problem of creating a major fleet supply train to allow the Pacific Fleet to project US power far from its permanent bases. This paved the way to innovations in the design of floating dry docks and in the equipment and practices of underway replenishment, as well as prompting the US Navy to create a Service Force as a supply train. Although the number of auxiliary vessels need by the Service Force was very tightly limited in the period between the wars, when budgetary limitations inevitably meant that funding was allocated to warship construction rather than auxiliaries, the US Navy nonetheless gained a significant understanding of what would be required in war and how such a fleet train could be created and mobilised to provide the US Navy’s warships with the ability to operate independently of shore bases and over great ranges and extended periods.

In the first year of the USA’s involvement in World War II from 7 December 1941, the numbers of support vessels available in Admiral Chester W. Nimitz’s Central Pacific Area increased very rapidly from an initial 77 to 358 in December 1942. This made feasible one of the most essential US Navy innovations of the war, the At Sea Logistics Service Group. This began with the reorganisation of Service Squadron 4 at Funafuti atoll in the Ellice islands group as the first floating supply base.

The US Navy’s underway replenishment capability in the Pacific campaign reached an early apogee with Rear Admiral Donald B. Beary’s Service Squadron 6 which, in the course of the ‘Detachment’ campaign to take Iwo Jima, delivered about 370,000 tons of fuel oil, about 14,000 tons of Diesel oil and 7,126,000 US gal (26970000 litres) of aviation fuel. Over the same period, Service Squadron 4 operated as a complete floating naval base with a complement of tenders, repair ships and concrete barges.

The most serious shortage was that of provisions storeships, which could not always bring forward enough fresh and frozen food for the fighting fleet, and on these occasions dry provisions such as beans and tinned meat had to be substituted for fresh food. Munitions ships were also in short supply, and had to be supplemented with ‘Victory’ ships converted as auxiliary munitions ships. An idea of US Pacific Fleet’s fleet train extraordinary capabilities is indicated by its supply deliveries in the course of the ‘Iceberg’ campaign to take Okinawa: 10.133 million barrels of fuel oil, 323.000 barrels of Diesel oil, 25.573 million US gal (96.804 litres) of aviation fuel, 16,375 tons of bombs and ammunition, 998 replacement aircraft, 220 replacement aircrew, 2,219 tons of refrigerated food, 4,005 tons of dry food, 575 tons of ship’s stores, 15,398 bags of mail, 1,240 passengers and 1,032 replacement personnel. 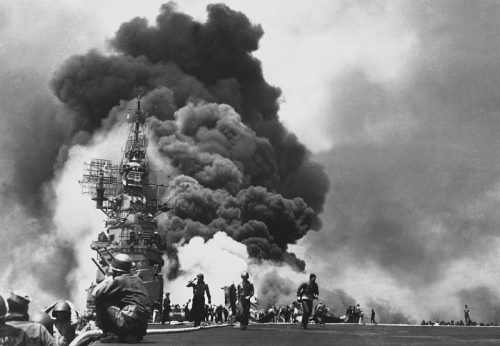 By the time of the ‘Iceberg’ campaign, the US Navy now had surplus capacity for the delivery of dry provisions, as exemplified by the fact that one such ship remained anchored in Ulithi atoll between 25 February and 13 June 1945 before a use could be found for its dry cargo. This surplus capacity was the result of the fact that the earlier shortage of provisions storeships had finally been rectified, and that ships in combat areas preferred fresh to dry provisions. It should be added, though, that about 100 ships were sunk by kamikaze attack or sent back to the west coast of the continental USA for repairs during the Okinawa campaign, and therefore had no need for supply by the fleet train. 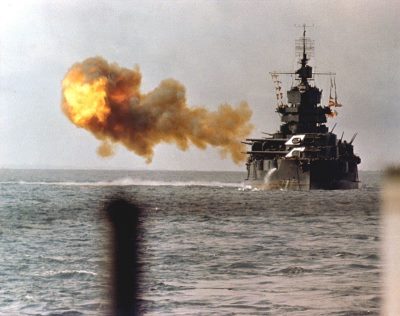 An unintended result of the fleet train system’s efficiency was that it prove more efficient to deliver fresh supplies from west coast ports than to bring supplies forward from rear bases left in the wake of the US forces’ very rapid advances later in the Pacific War.