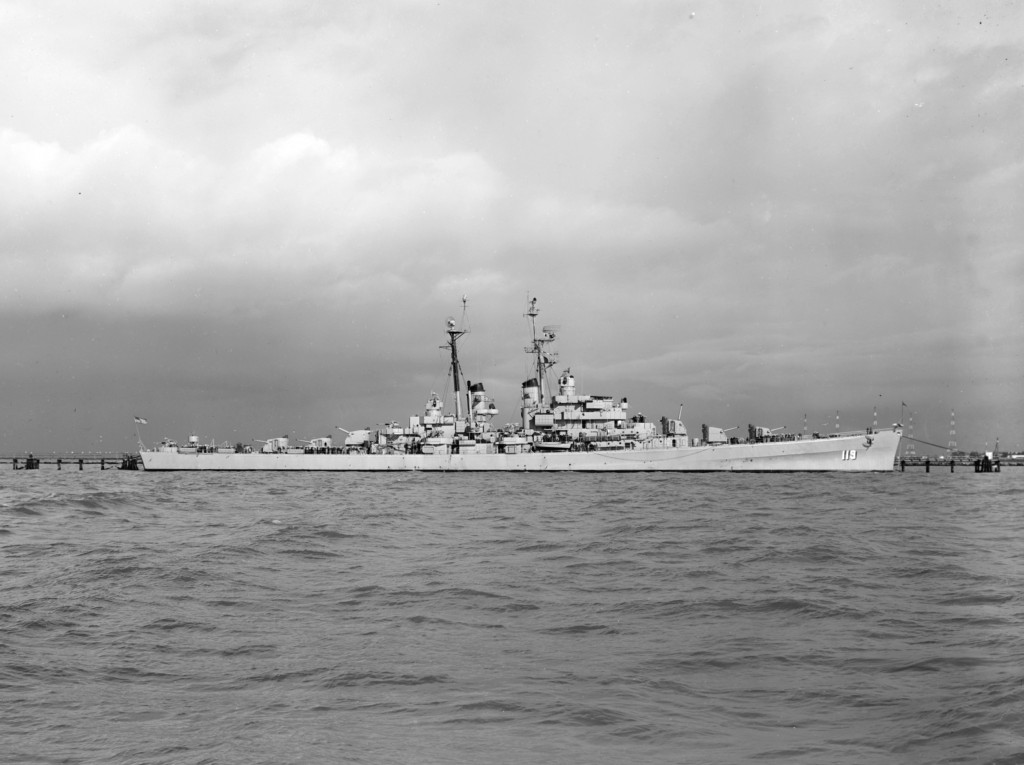 The three ‘Juneau’ class light cruisers of the US Navy were built to a modified ‘Oakland’ class design: the ‘Oakland’ class was a four-ship subset of the ‘Atlanta’ class standard. The design of the ‘Juneau’ class reflected the operating service’s experience in the later part of World War II against Japanese attacks by massed aircraft forces including kamikaze machines. The ships had the same dual-purpose main armament of 12 5-in (127-mm) L/38 guns as the ‘Oakland’ class but with a much enhanced secondary dedicated anti-aircraft battery, but the earlier classes’ depth-charge tracks and torpedo tubes were removed as unnecessary under current conditions. This reduced topweight and, together with a redesigned superstructure which also improved the guns arcs of fire, reduced weight and increased stability, which in the two earlier classes had been the subject of considerable criticism.

Operational experience in World War II  soon after the first ships had been commissioned dictated the addition of more guns and larger numbers of men to operate these as well as to improve the manning of other systems, and the loss of Atlanta (CL-51) and original Juneau (CL-52) on 13 November 1942 in the Naval Battle of Guadalcanal revealed weaknesses in the design’s stability and hull integrity. These and other matters were already under investigation, and the Bureau of Ships’ redesign, at much the same time as the modified ‘Cleveland’ and ‘Fargo’ class light cruisers. The redesign had the same main armament as the ‘Oakland’ class ships, which omitted the two twin 5-in (127-mm) wing mountings of the ‘Atlanta’ class in order to reduce topweight while also providing additional deck area for 40-mm and 20-mm light anti-aircraft weapons, but the bridge and superstructure were redesigned with the dual objects of trimming weight and improved fields of vision. Advantage was taken of these topweight reductions and usable deck area additions to add more light anti-aircraft weapons without adverse effects on stability. Other changes were the lowering of the nos 2 and 5 main armament mounts to main deck level and of the nos 3 and 4 mounts to o1 deck level, the omission of the boat crane, the improvement of watertight integrity by removing doors on the lowest decks between bulkheads.

The main battery of the ‘Juneau’ class cruisers comprised 12 5-in (127-mm) L/38 dual-purpose guns in six twin mounts disposed in equal numbers fore and aft of the superstructure on the centreline: these guns were well suited to the medium-range anti-aircraft role, but the battery suffered criticism for its lack of anti-ship ‘punch’ by comparison with contemporary light cruisers such as the ‘Cleveland’ class vessels with a main battery of 12 6-in (152.4-mm) L/47 guns in four triple mounts mm. The ‘Juneau’ class was designed with a secondary anti-aircraft armament of 32 Bofors 40-mm anti-aircraft guns in six quadruple and four twin mounts, and 16 20-mm rapid-fire cannon in eight twin mounts. After World War II, it was planned that the ships be upgraded with a secondary battery of 3-in (76.2-mm) L.50 guns in place of the 40-mm weapons, but only Juneau was converted to this standard.

Sensors associated with the weapons included air-search and fire-control radars, as well as two high-angle/low-angle director control towers for the main armament and 10 radar-equipped local directors for the 40-mm cannon. 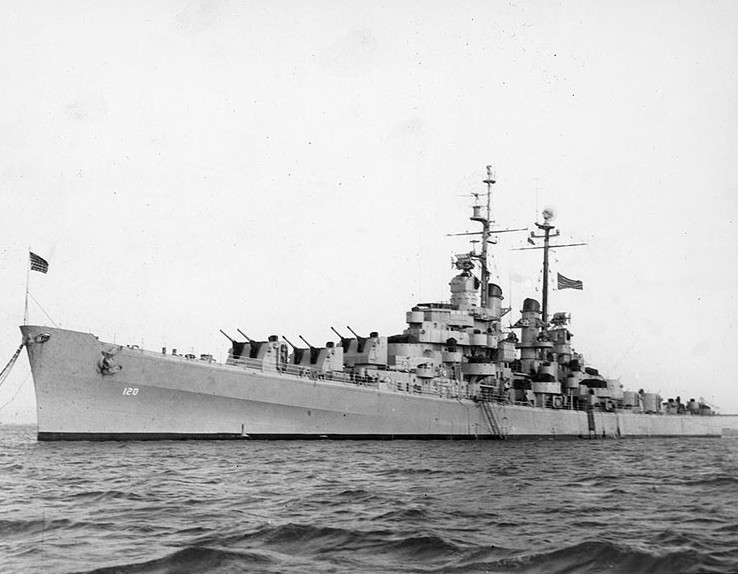 The ‘Juneau’ class ships had the same propulsion arrangement as the ‘Atlanta’ class ships, with four 665-psi Babcock & Wilcox boilers supplying steam to two sets of Westinghouse geared turbines delivering 55920 kW) two two shafts, and with this the ships could maintain 33.6 kt.

The class was designed for a complement of 47 officers and 695 men, but the wartime complement was in the order of 820 men.

Spokane and Fresno were decommissioned in 1949 and 1950 before the start of the Korean War (1950/53), but Juneau, by this time redesignated as an anti-aircraft light cruiser (CLAA-119), participated in the conflict. On 2 July 1950, Juneau, the British light cruiser Jamaica and the British sloop Black Swan were attacked by a North Korean force of four motor torpedo boats and two motor gunboats, but the firepower of the three allied warships sank three of the torpedo boats and both gunboats near Chumonchin Chan. Juneau was decommissioned in 1955. All three of the ‘Juneau’ class ships were considered for refitting as guided missile cruisers or anti-submarine warfare ships, but were sold for scrap in between 1961 and 1966. 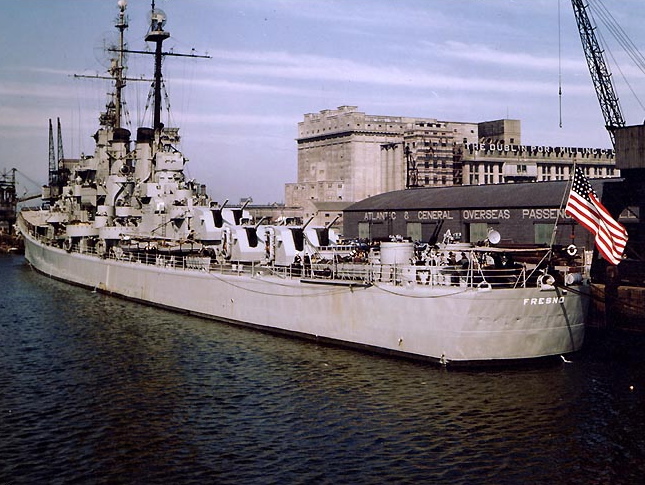