Designed as a carrierborne fighter with the company designation Model 273, this machine was in fact schemed slightly before the Model 264 (P-29 series) landplane fighter, and the two types can be regarded as half-brothers differing mainly in details and the naval equipment installed in the Model 273. Resulting from a requirement issued by the US Navy’s Bureau of Aeronautics in December 1932 for an advanced carrierborne fighter, the Model 273 was selected for prototype construction in preference to three other monoplane proposals and represented a significant number of ‘firsts’ including the fact that it was the first cantilever low-wing monoplane fighter with retractable landing gear to be evaluated by the US Navy, and the first Boeing aeroplane to be completed with a controllable-pitch propeller and flown with trailing-edge flaps. 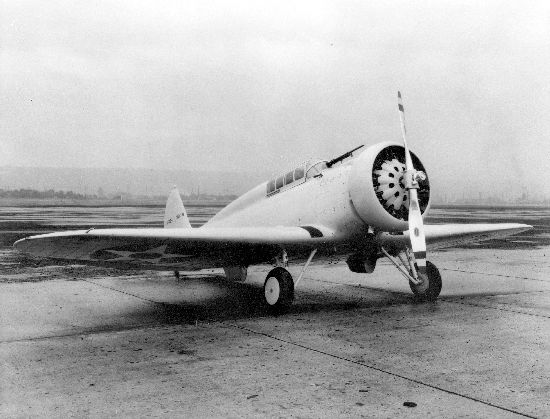 The core of the new fighter was its fuselage, which was of Duralumin semi-monocoque construction and basically oval section that became circular at the nose and closed to a vertical knife-edge at the tail. From from to back, this fuselage carried the engine, oil tank, pilot in a cockpit enclosed by a narrow canopy of the framed type with a section that slid back over the rear framing and dorsal turtleback to provide a means of access and egress, and tail unit. This last was a cantilever unit with single horizontal and vertical surfaces: the horizontal surface comprised a tailplane carrying plain elevators, and the vertical surface a fin carrying a plain rudder hinged at its lower end to the vertical knife-edge in which the fuselage terminated. The low-set wing was of semi-elliptical planform, and was based on a flat centre section of constant thickness and chord. This centre section carried the main landing gear units and the dihedralled outer wing panels, which were each tapered in thickness and chord and had an aileron occupying virtually the full span of its trailing edge. The airframe was completed by the landing gear, which was of the tailwheel type with an extendible arrester hook under the rear fuselage and main units that retracted rearward into the underside of the wing leaving the lower halves of each wheel exposed.

The powerplant was based on one Pratt & Whitney SR-1340-30 Wasp air-cooled nine-cylinder radial engine rated at 550 hp (410 kW) 10,000 ft (3050 m): this unit was installed at the front of the fuselage inside a short-chord cowling, and drove a two-blade Hamilton Standard metal propeller of the variable-pitch type. 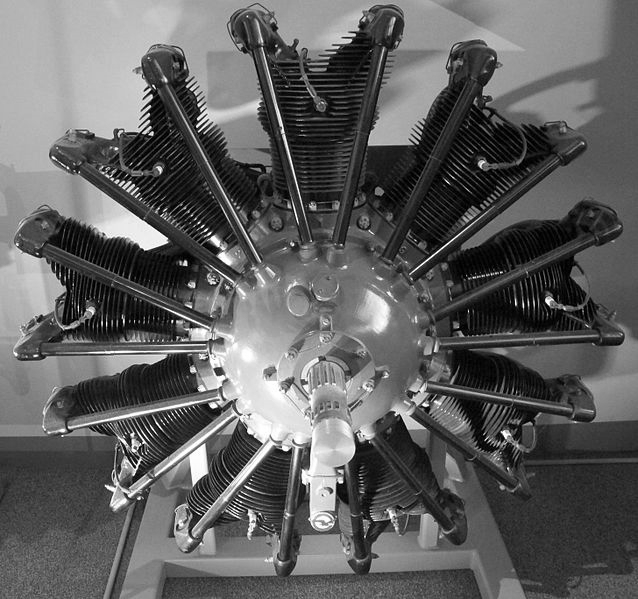 The XF7B-1 recorded its maiden flight on 14 September 1933 at Seattle, Washington state, and after a visit to Hartford, Connecticut, for Pratt & Whitney to undertake engine and cowling modifications (the latter including the adoption of a long-chord NACA cowling), arrived for its official evaluation at Anacostia, Maryland, in November 1933. The trials resulted in full approval of the XF7B-1’s overall levels of performance, which included maximum speed and service ceiling figures somewhat better than those of current biplane fighters, but also a measure of criticism levelled at the prototype’s poor agility by comparison with that of current biplane types, configuration with a low-set thick wing that made its difficult for a carrier landing signal officer to see the tailplane and judge the approaching aeroplane’s attitude and speed, high landing speed, and poor downward fields of vision. The last two were of critical importance for carrierborne operations.

Nothing could be done to improve manoeuvrability to a significant degree or to alter change the aeroplane’s basic layout, but the XF7B-1 was returned to Boeing for improvement in the two other areas of criticism by the addition of a split flap along the trailing edge of the centre section and under the fuselage, and the removal of the cockpit enclosure. The changes certainly improved matters, but the combination of the XF7B-1’s lack of agility and long landing run damned the type in the eyes of the US Navy, which therefore did not order the aeroplane into production.

The sole XF7B-1 was retained as a test aeroplane, and was scrapped after an accident in March 1935 when the windscreen collapsed in the course of a terminal-velocity test dive, causing the pilot to pull out so sharply that the aeroplane exceeded its 9-g loading limit by 3.1 g and the structure was so ‘sprung’ that the aeroplane could not have been flown again unless expensive repairs had been undertaken.

Fixed armament: two 0.3 in (7.62 mm) Browning fixed forward-firing machine guns with 600 rounds per gun in the sides of the forward fuselage with synchronisation equipment to fire through the propeller disc