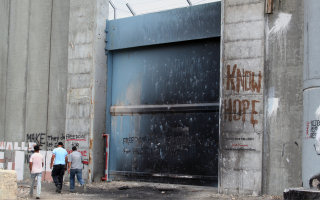 We all know the problem, either directly from seeing them in our towns and cities, or indirectly from reports on TV. Street corners in run-down urban areas are littered with groups of young men or women (why are these groups seldom of the ‘equal-opportunity’ type?) with nothing constructive to do except lounge about smoking, drinking and apparently awaiting only the fall of darkness to provide greater scope for mischief-making at best and steadily worsening criminal behaviour at worst.

Political correctness would have us believe that the responsibility for this anti-social behaviour lies with us, in the form of society in general, which has failed these youths by offering them no proper education, no real chance to develop useful skills, no opportunity for diverting themselves in some constructive (or at least non-destructive) manner, and no hope for a better future for themselves and, when they have them, their families.

There is more than a grain of truth in this – as a society we have indeed failed, but the failure is not directly of these increasingly disaffected youths, but of their predecessors in the period after the end of World War II in 1945. For a host of reasons both self-inflicted by the victims on the one hand and the woolly-minded thinking inherent in public and official practices on the other, there has been allowed to develop a self-perpetuating underclass of low-achievers who are unemployed and, worse than that, entirely unemployable for lack of motivation and skills stemming from widespread semi-literacy and semi-numeracy. These low achievers have become steadily more dependent on the welfare system and, at the same time, increasingly ghettoised in high-rise blocks of flats and soulless housing estates. The tragedy of this situation lies in the fact that it has bred a vicious circle of dependency and associated despondency (all too often manifested in unreasoning anger), declining self-respect and increasing lack of respect for the values and property of others.

This downward spiral has produced pockets of social, financial, moral and health inequality characterised by urban and metropolitan ‘estates’ in which there is no respect for anything but sportsmen, celebrities, criminals, and the mindless and tasteless display of arrogant wealth as reflected in the tabloid press and much of modern TV programming. In such circumstances it is hardly surprising that groups of youths, drawing ‘courage’ from the numbers of their gang, pick on anything that is different from themselves, be it someone with mental problems, an elderly and/or infirm person, or those making the effort to improve their lot by tidying their garden to a level that differentiates from the litter-strewn wilderness of neighbouring properties.

Vast sums of public money, considerable charitable enterprise and acres of newsprint have been lavished on the problem. All have failed spectacularly and, in my belief, even exacerbated the problem. The situation at present is that we, as a society, are expending considerable money to maintain and, increasingly, to police persons who want merely to exploit our willingness to ‘help’ (i.e. provide their benefits) yet despise our society and are neither willing nor able to make any contribution to it.

A radical solution much be found and implemented in an effort to break the cycle of multi-generational unemployment and disaffection with society as a whole. Such a solution will not and indeed cannot be easy of attainment, and several efforts may perhaps be required before we find one which is truly effective.

A starting point can be found, I would argue, in breaking the generational dependence on a welfare system that provides much (but never as much as its recipients would like) yet demands almost nothing. It has often been suggested that a form of national service would provide benefits for society, but this concept has almost invariable fallen foul of its inevitable cost and the objections of the pro-benefits and anti-responsibility lobbies, who say that it would infringe ‘rights’. Yet in a way we are as much at war, albeit among ourselves, as we were in World Wars I and II, when the idea of conscription for national service was accepted over only limited objections. The war in which we are currently involved is for the longer-term survival of our society, a war in which the balance between provider (taxpayer) and recipient (benefits receiver) has become increasingly skewed toward the latter. By this I do not mean to imply that all or even the majority of benefit recipients are in any way scroungers, but a swelling minority are just that, especially when they are the descendants of parents and grandparents who have never worked.

Generally brought up in a family situation in which there is no real structure or moral authority, unwilling to attend school, and all to eager to embrace the lowest possible standards demanded by a feckless peer group, many of today’s young are unemployed (and indeed unemployable) and not desirous of any gainful employment that would remove them from the comfort zone of the benefits system.

Why should not (rather than cannot) such young persons, both male and female, be obliged to work for their benefits? Here, I would suggest, is where the sharp inter-generational break should be made. Whenever a young person leaves school, and fails either to find employment or to seek the training which might lead to the chance of employment, he or she should be called into a form of national service that could also embrace young offenders. Great care would be needed to ensure, as far as is humanly possible, that such a national service system functioned effectively, fairly and without any chance of personal exploitation of any sort. The service must be carefully organised to provide a structured existence emphasising discipline, character-building and the inculcation of the work ethic and the concept of civic responsibility.

There is much that conscripted youth could do, ranging from the obvious (rural litter collection and tidying of roadsides, clearing and improvement of shorelines and the banks of rivers and canals, etc) for those entering the programme, to realistic training programmes for those willing to commit themselves to the possibility of a gainful future career. There are of course many questions that will have to be asked and answered: how and on what scale are the necessities of life to be provided, how will discipline be enforced, what provision will be made for basic and if possible further education with the aid of the private sector, at what age will the person be discharged, etc? Central establishments could be established at military bases that have been and are still being made redundant, and here health and educational problems could be assessed, training given to improve fitness and provide basic skills, and essential stores and facilities established. From these central establishments, ‘flying columns’ of the right size and composition could be despatched to undertake specific tasks.

It would be very difficult to plan and execute a programme of this sort, and there would inevitably be a host of teething problems and a spate of complaints about breaches of so-called human rights. I believe, though, that it is only through something as radical, problematic and possibly harsh as this that there lies the possibility of breaking a cycle that is clearly unsustainable by our society at both the economic and social levels.