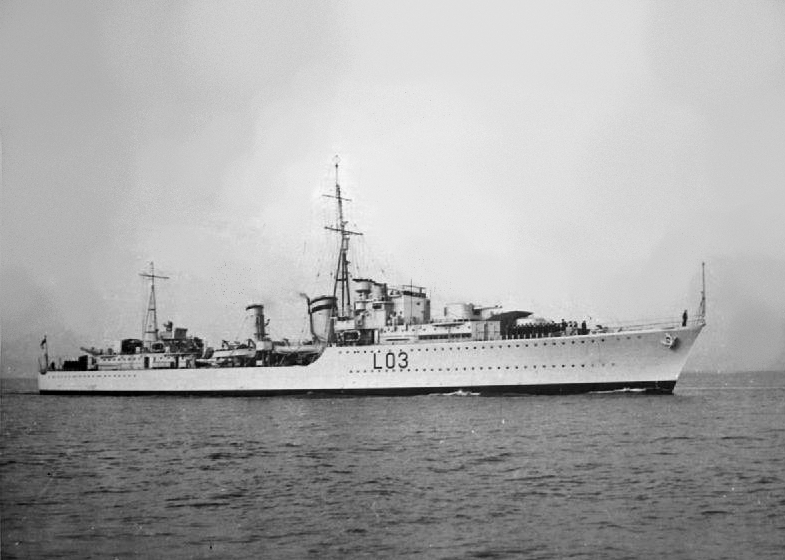 The ‘Tribal’ (otherwise ‘Afridi’) class was a group of destroyers built for the Royal Navy, Royal Canadian Navy and Royal Australian Navy between June 1936 and October 1947. The ‘Tribal’ class followed the ‘I’ class, and was quite distinct from earlier British destroyer classes. Initially conceived unsuccessfully as a light fleet cruiser, the basic design was then evolved into that of the large ‘Tribal’ class destroyer with greater power for unreduced performance and a larger hull carrying an armament that placed greater emphasis on the gun than the torpedoes – this was a change from previous British destroyer classes. Thus the ‘Tribal’ class can be seen as a direct response to new destroyer designs in Japan, Italy and Germany.

The ‘Tribal’ class ships gave excellent service in nearly every theatre of World War II. Only four of the Royal Navy’s 12 ‘Tribal’ class ships (built by seven yards) survived this war, and these were scrapped in the late 1940s as a result of their hard service in the war, but all three of the Royal Australian Navy’s ships (built by one Australian yard) survived the war and served to 1969, when the last foundered, and seven of the Royal Canadian Navy’s eight ships (four built in one British yard and the other four in one Canadian yard) survived into the mid-1960s, Haida then being preserved as a museum ship in Hamilton Harbour, Ontario.

After 1926 all British destroyers were descendants of two experimental prototypes, Amazon and Ambuscade. During the period between the world wars, advances in armament and machinery meant that by the mid-1930s, these British vessels were being eclipsed by foreign designs, especially those from Japan, Italy and Germany. In order to buck this trend, the Admiralty decided to embark on the creation of a new destroyer type in which the gun was deemed more important than the torpedo warfare. The resulting destroyer was based on ‘Design V’, a failed concept for a small fleet cruiser of which another variant was evolved into the ‘Dido’ class light cruiser. This design envisaged a 1,850-ton ship with a speed of 36.25 knots on 44,000 shp, an endurance of 5,500 nm (10200 km), and the primary armament of five turrets each carrying two 4.7-in (119.4-mm) guns.

Although the design was rejected for the planned fleet cruiser role, and there now followed a series of eight proposals before the ‘Tribal’ class design was approved in August 1935 as large destroyer with eight 4.7-in (119.4-mm) QF Mk XII L/45 guns in four twin mountings with a maximum elevation of 40°, controlled by a low-angle director and high-angle/low-angle rangefinder director on the bridge. Close-in anti-aircraft capability was provided by one quadruple 2-pdr QF Mk VII ‘pom-pom’ mounting, and two quadruple 0.5-in (12.7-mm) Vickers heavy machine guns. Each ship also carried a bank of four tubes for 21-in (533-mm) Mk IX anti-ship torpedoes, and an anti-submarine capability was provided by one rack and two throwers for depth charges. It is also worth noting that it was this class which introduced the Fuze Keeping Clock High Angle Fire Control Computer, which was used on all subsequent British destroyers of World War II.

The ‘Tribal’ class destroyers were so much larger than and differed to such a degree from the other British destroyer classes then in service that the Admiralty considered reviving the classification of corvette for them, but this did not happen and by 1939 the ‘Tribal’ class ships were classified as destroyers, the corvette designation being allocated to mass-produced anti-submarine escorts such as the ‘Flower’ class. 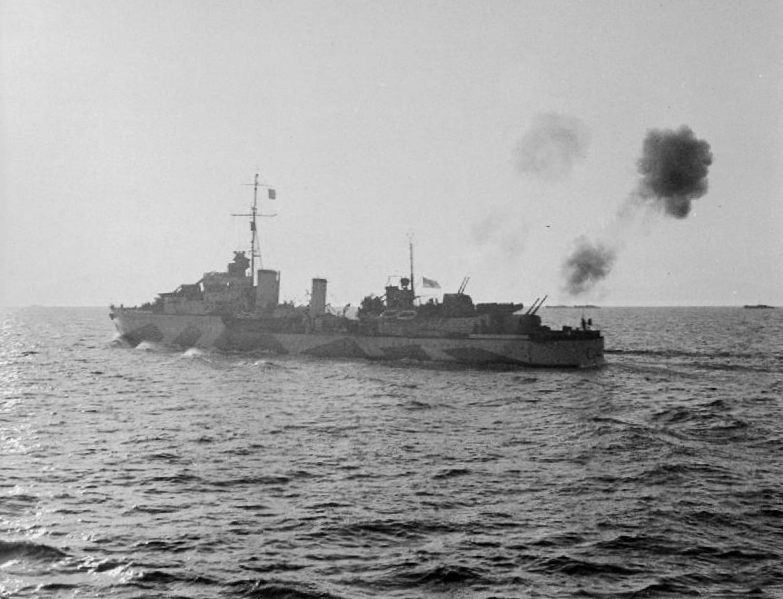 The Admiralty ordered an initial group of seven ‘Tribal’ class destroyers on 10 March 1936, and another group of nine ships on 9 June to provide the Royal Navy with ships for two complete flotillas. The Royal Australian Navy and Royal Canadian Navy each ordered ships for a flotilla of ‘Tribal’ class destroyers. The eight Australian ships were to be built in Australian shipyards: three were completed (two in 1942 and one in 1945) by Cockatoo Dockyard, but the others were cancelled. The Canadian order was for four ships from Vickers-Armstrong in 1940 (completed in 1942 and 1943) and four from Halifax Shipyards of Canada in 1942. The latter were not completed until after the war’s end.

Handsome vessels with good sea-keeping qualities, the Royal Navy’s ‘Tribal’ class ships were fitted with a comparatively heavy anti-ship and anti-aircraft gun armament: all eight 4.7-in (119.4-mm) guns could engage aircraft with predicted fire using the FKC computer, and thus provide a powerful boost to any battle fleet’s anti-aircraft capability. The close-range AA armament (one quadruple 2-pdr pom-pom and two Vickers 0.5-in/12/7-mm quadruple machine guns) marked a significant advance over the AA armament of previous destroyer classes and was indeed heavier than the close-range destroyer armament of most other nations’ vessels in 1939. A flaw in British operational thinking, however, was revealed by the fact that in the period preceding World War II the Royal Navy had decided that destroyers would be acting mainly as escorts for the battle fleet, and as such would not be the primary targets for air attack. World War II quickly revealed the fallacy of this thinking, and destroyers came very often to operate independently and thus drew the full weight of attack, especially by dive-bombers, when engaged from the air. After the loss of Afridi on 3 May 1940 and Gurkha 9 April 1940, the remaining ships were taken in hand for improvement. Each ship’s X turret, with two 4.7-in (119.4-mm) guns, was replaced by a turret carrying two 4-in (101.6-mm) QF Mk XVI guns on HA/LA Mk XIX mounting. At the same time the mainmast was reduced in height and the rear funnel was lowered to improve the arcs of fire available to the anti-aircraft weapons. As they became available, the more effective 20-mm Oerlikon cannon were added, at first supplementing and then supplanting the 0.5-in (11.7-mm) machine guns.

The depth charge storage was also increased, from 30 to 46 charges, but even so the ‘Tribal’ class destroyers were limited in their anti-submarine capability. 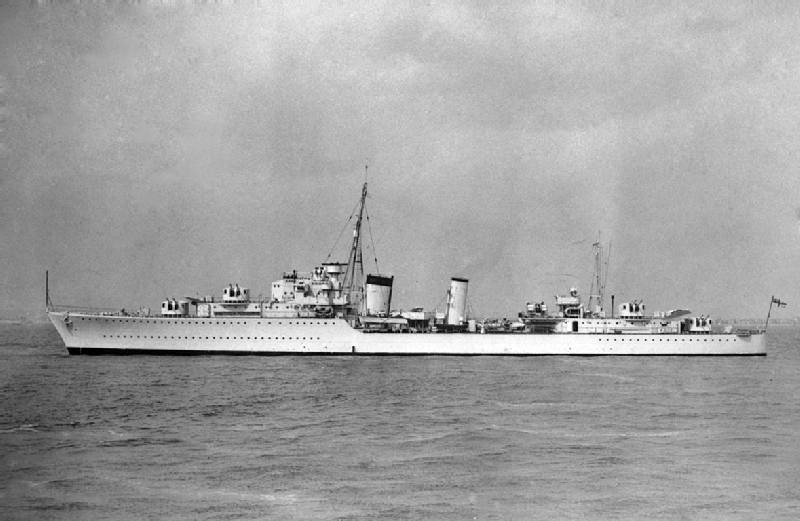 By 1944 the four surviving British Tribals had been revised with a tall lattice foremast to carry the Type 293 target indication and Type 291 air warning radars, with Type 285 radar added to the rangefinder-director.