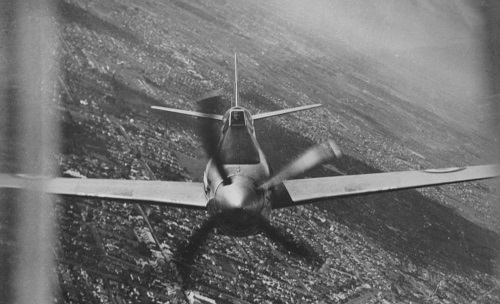 Nicknamed Kangaroo, the Commonwealth Aircraft Corporation CA-15 was an advanced warplane designed in Australia during War II, but as a result of its lengthy development, it was not completed until after the end of the war. With turbojet-powered fighters coming rapidly to the fore during this period, the CA-15 was cancelled after the sole prototype had undertaken flight trials.

After its success in the design and rapid production of the Boomerang fighter-bomber, in 1943 Commonwealth and its chief designer, Fred David, embarked on the design of the CA-15 as an interceptor, fighter-bomber and long-range bomber escort. The CA-15 bore some similarity to the North American P-51 Mustang, but was not derived in any direct fashion from the Mustang and possessed different performance priorities and dimensions. Evidence of this independence from the Mustang can be found in the fact that David, impressed by trials of captured Focke-Wulf Fw 190 fighters, initially intended for the CA-15 to be powered by an air-cooled radial engine rather than the liquid-cooled inline engines used in most British and US fighters at the time. Development of the CA-15 was slowed by a recommendation of Lawrence Wackett, Commonwealth’s head, that the company should construct the Mustang under licence rather than shoulder the financial and time considerations of designing and testing its own fighter. It’s worth noting that by the later stages of its development, it was generally believed that the CA-15 would offer capabilities sufficiently great that it could succeed the P-51. 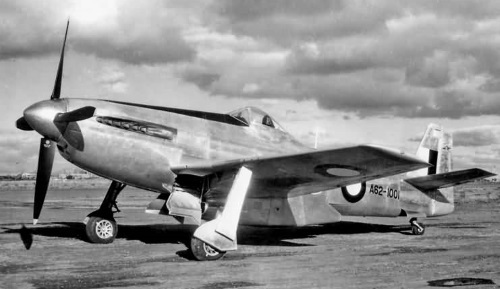 The Commonwealth design team initially planned for the CA-15 to be powered by the turbocharged Pratt & Whitney R-2800-10W Double Wasp, an air-cooled 18-cylinder two-row radial unit rated at 2,000 hp (1491 kW) or 2,300 hp (1715 kW) with water injection. When it was learned that this engine might not be available in the numbers which might be needed, the programme was considerably delayed as the design team reworked the fuselage to carry an altogether slimmer powerplant, the Rolls-Royce Griffon 61 liquid-cooled V-12 unit rated at 2,035 hp (1517 kW). The company leased two engines from Rolls-Royce for the prototype, and it was planned that the engines for any production aircraft would be fitted with a three-speed supercharger.

The protracted design and construction of the CA-15 prototype was further slowed by the end of World War II in August 1945, and the prototype recorded its maiden flight on 4 March 1946 on the hands of a Commonwealth test pilot, Jim Schofield. The prototype revealed viceless handling characteristics, and possessed a maximum level speed of 389 kt (448 mph; 721 km/h) at an altitude of 26,400 ft (8045 m). Only comparatively little test flying had been completed by 10 December 1946, when the prototype met an early end: the prototype suffered a hydraulic failure on approach to the Royal Australian Air Force’s airfield at Point Cook, and the pilot had to remain in the air to burn off fuel before risking a landing. The main landing gear units were only half lowered, with no way to extend them fully or to retract them, but the tailwheel was fully extended and locked. As the prototype landed, it was the tailwheel struck the runway first, and the prototype then porpoised before its air inlet dug into the ground. 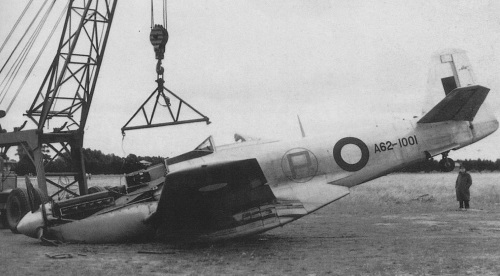 The prototype settled onto its fuselage and skidded to a halt in severely damaged condition. After repairs, the prototype was returned to the Royal Australian Air Force’s Aircraft Research and Development Unit in 1948. The pilot reported that the repaired prototype had reached 436.4 kt (502.2 mph (808.2 km/h) after levelling out of a dive of 4,000 ft (1220 m) on 25 May 1948. By this time it was clear that jet aircraft had far greater potential, however, and work on the CA-15 prototype was terminated. The prototype was scrapped in 1950, and the engines were returned to Rolls-Royce.