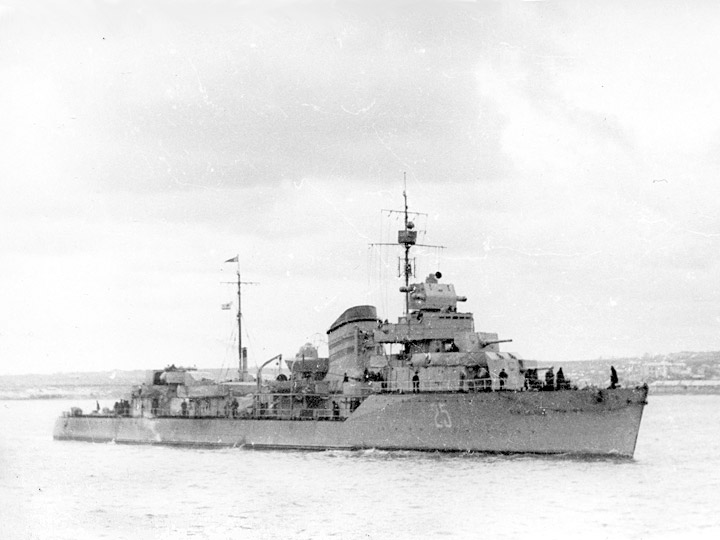 Some 48 examples of the ‘Project 7’ class were authorised under the USSR’s 2nd Five-Year Plan of 1933/37, although it had been in 1932 when work on the design started following the completion of the ‘Project 1’ or ‘Leningrad’ class of flotilla leaders. The USSR received the support of Italian engineers during both the design and construction phases of the programme, and it is not surprising, therefore, that the destroyers of the ‘Project 7’ (otherwise the ‘Gnevny’ or ‘Gremyashchiy’) class were strongly reminiscent of the Italian single-funnel destroyers starting with those of the ‘Freccia’ class, and therefore of the destroyers built at this time by Italian yards for the Greek and Turkish navies. Though these Soviet destroyers enjoyed some of the benefits of Italian design experience, they also possessed some of the faults, such as structural weakness and poor seaworthiness, inherited from Italian design concepts. Seaworthiness was further affected for the worse by the fact that the Soviet destroyers carried an armament heavier than that of their Italian predecessors.

The machinery layout was conventional, with all the engine rooms placed abaft the boiler rooms. The early ships suffered from severe turbine problems.

Wide-spread construction
The destroyers were built by the 61 Kommunar Yard (Nikolayev), Marti Yard (Nikolayev), Zhdanov Yard (Leningrad), Baltic Yard (Leningrad) and the Komsomolsk Yard (Siberia). After the first 31 vessels had been laid down, a modified ‘Project 7U’ class design was introduced by the end of 1936. The ‘Project 7’ class destroyers were to have been completed, between 1939 and 1942, as the equipment of five flotillas distributed to the Black Sea Fleet (‘B’ Flotilla), the Baltic Fleet (‘G’ and ‘S’ Flotillas) and the Pacific Fleet (‘P’ and ‘R’ Flotillas).

The hulls of two of the ‘S’ Flotilla destroyers were still in the early stages of construction as the ‘Project 7U’ class design was being completed, and it was possible for these two units to be completed to the ‘Project 7U’ class design. Material for the Pacific Fleet destroyers had been assembled at Komsomolsk in the course of 1935/36, and while the hulls were built at the Dalzavod yard in Komsomolsk, the uncompleted ships had to towed down the Amur river to Vladivostok for completion, the comparatively shallow river making it impractical to undertake the complete construction and fitting-out process at Komsomolsk. 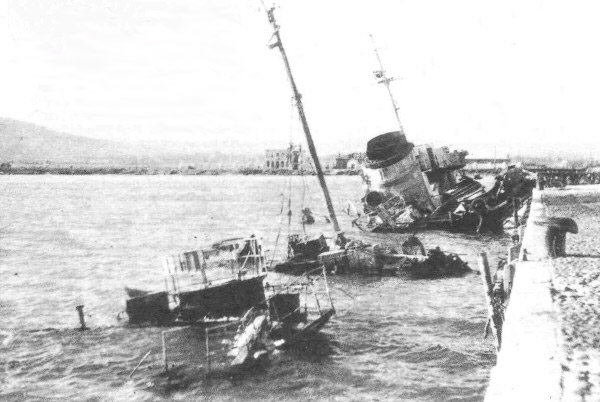 Varied careers
Bditelnyi was sunk by German bombing in Novorossiysk on 2 July 1942, and was refloated in 1948 and scrapped. Besposhchadnyi was also sunk by German bombers off Crimea, this time on 6 October 1943. Bystryi was struck a German air-dropped mine and sank off Sevastopol in June 1941, but was salvaged and then cannibalised for spares to keep others of the class operational. Gnevnyi was declared a constructive total loss after hitting a mine off the Oleg Bank, and was then torpedoed and sunk by Gordyi on 23 June 1941. Gordyi herself and Smetlivyi sank after striking mines off the Finnish town of Naisaari on 14 and 4 November 1941 respectively. Gremyashchiy, Gromkiy and Groznyi were transferred to the Arctic in 1939. Sokrushitelnyi and Stremitelnyi were also transferred to the Arctic, in 1939 and 1940 respectively, and while the former foundered during a storm in the Barents Sea on 20 November 1942, the latter sank after being struck by German bombers in Ekaterinski Gavan on 20 July 1941. Steregushchiy was sunk at Kronshtadt by dive-bomber attack on 23 September 1941, but was refloated in 1944 and recommissioned during the autumn of 1945.

The first six of the Pacific Fleet’s destroyers were initially given names beginning with the letter ‘P’, but were renamed in 1940/41. Reshitelnyi was lost incomplete when she was stranded on Cape Zolotoi while being towed from Komsomolsk to Vladivostok, and the name was reallocated to another ship of the same class. Razyaryonnyi and Razumnyi were transferred in July 1942 to the Arctic eastward along the north coast of Siberia and then into the Pacific through the Bering Strait. Razumnyi the latter served as an electronic survey vessel from 1959, but was beached during a storm off Murmansk in 1960. Redkiy was probably lost to an accident during the war. Revnostnyi sailed to the Arctic with the two previously mentioned boats but was damaged in a collision on 17 July 1942 and had to return to Vladivostok. Rekordnyi was converted from a ‘Project 7U’ class destroyer under construction for the Black Sea Fleet in order to make use of the equipment that had been assembled in Vladivostok for the lost Reshitelnyi. Four of the surviving vessels were transferred to China in 1955.