The ‘Sovetsky Soyuz’ class comprised four battleships which were started in the late 1930s but not completed. Designed in response to the battleships being built by Germany, the class was to have totalled 16 ships, but in the event only four had been laid down by 1940, it was decided to curtail the programme to three ships so that greater resources could be diverted to an expanded army rearmament programme.

The ‘Sovetsky Soyuz’ class ships would have rivalled the Japanese ‘Yamato’ class and US ‘Montana’ class in size had any been completed, although only with significantly less firepower in the form of nine 16-in (406-mm) guns by comparison with the nine 18.1-in (460-mm) guns of the Japanese ships and the 12 16-in (406-mm) guns of the US ships. However, they would have been theoretically superior to their German rivals, the ‘Bismarck’ class, though the inability of Soviet industry to create cemented armour in thicknesses greater than 9.1 in (230 mm) would have significantly offset the notional advantage of the ‘Sovetsky Soyuz’ class ships’ thicker armour.

Construction of the first four ships was beset by many problems as the Soviet shipbuilding and related industries were inadequate to the task of constructing ships as large as these and indeed one of the ships, Sovetskaya Belorussiya, was cancelled on 19 October 1940 after major constructional failings had been discovered. Construction of the other three ships was suspended shortly after the start of Germany’s ‘Barbarossa’ invasion of the USSR in June 1941, and never resumed.

Work on the design of the new battleship type began in 1935 in response to the existing and planned German battleships, and the Soviets tried to buy either drawings or ships from Italy and the USA in the late 1930s. The Italian Ansaldo company proposed a 42,000-ton ship with nine 16-in (406-mm) guns and similar in overall concept and size to the battleship Littorio it then had under construction for the Italian navy. The US company Gibbs & Cox provided four designs: one conventional battleship, and three hybrid designs combining battleship main armament with a raised flightdeck on the central superstructure capable of operating up to 30 aircraft. The USSR decided finally to press forward with its own design.

The first tactical/technical requirement was issued on 21 February 1936 but proved too ambitious, specifying nine 18.1-in (460-mm) guns and a speed of 36 kt on a displacement of 55,000 tons. The requirement was revised in May 1936, the speed being trimmed to 30 kt and the secondary and anti-aircraft batteries being reduced. A few months later the displacement was further reduced to 45,000 tons and the main armament calibre changed to 16 in (406 mm). Soon after this, the USSR signed the Anglo-Soviet Quantitative Naval Agreement agreeing to follow the terms of the 2nd London Naval Treaty limiting battleship displacement to 35,000 tons), although the agreement included a proviso allowing the Soviets to build ships of unlimited size to face the Japanese navy if they notified the British. Yet another requirement, approved on 3 August, called for ships of 41,500 tons with an armament of nine 16-in (406-mm), 12 6-on (152-mm), 12 3.94-in (100-mm) and 40 37-mm) guns, a maximum armour thickness of 15 in (380 mm) and a speed of 30 kt.

The design of KB-4, the surface ship design bureau of the Baltic Shipyard, was selected for further development. Its designers were sure that only a larger ship could satisfy the full requirement, and on 22 November 1936 secured approval for a thickening of the deck armour, thereby increasing the displacement to about 47,000 tons. Design work continued on this basis and technical work was completed for a ship of 47,700 tons in April 1937, but the designers continued to press their case for larger ships. The issue was resolved by Premier Iosif Stalin at a meeting on 4 July, when he agreed to increase displacement to about 56,000 tons. This forced a restart of the entire project at what was the worst possible time as the ‘great purge’ was decimating the Soviet armed forces and the industries on which they depended. The original deadline for completion of design work by 15 October was missed, and only an incomplete version could be presented to the navy in the following month. Among the details still to be completed were the final propulsion plant design, the 16-in (152-mm) guns and the 3.94-in (100-mm) gun mounts.

Extensive testing was undertaken on the hull form, deck armour and torpedo protection. More than 100 hull models were tested in a ship model basin to find the optimum hull form and two 1/10th scale launches were built for evaluation of the hull’s manoeuvrability. An old ship was fitted with a replica of the design’s armour decks and tested against 1,102-ob (500-kg) bombs, and revealed that such weapons would generally penetrate both the 1.6-in (40-mm) upper and 2-in (50-mm) middle decks before exploding on the armoured deck. As a result the main armour deck was raised one deck and a splinter deck added underneath it to stop bomb or shell fragments which did manage to penetrate the armour deck. The underwater protection system was tested on 15 1/5th scale models and two full-sized experimental barges. These tests proved that the torpedo belt system of multiple bulkheads was superior to the system of a large tube filled with smaller sealed tubes, but it was too late to incorporate these test results as construction was already well under way by the time they had been completed.

A revised design was approved on 28 February 1938 and the first ship was to be laid down on 15 July, but even this design was incomplete and had later to be revised. Trials with similarly shaped motor launches suggested that speed would be 1 kt less than planned, and this was accepted in the November 1938 revision as a maximum speed of 27.5 kt, but then a new propeller design proved to be more efficient and was predicted to increase speed to 28 kt. Another change was the elimination of the central rudder after tests revealed that the two outer rudders would not be able to counteract its effects should it jam. The weight toward the stern was calculated to be too great, producing a substantial stern-down trim, and the two 3.94-in (100-mm) quarterdeck turrets were therefore deleted and the height of the armour belt abreast the rear turret was reduced, but this decision was then reversed. This forced a revision of the aircraft arrangements as the catapult had to be removed from the quarterdeck’s centreline, and two catapults were therefore added to the sides of the quarterdeck. 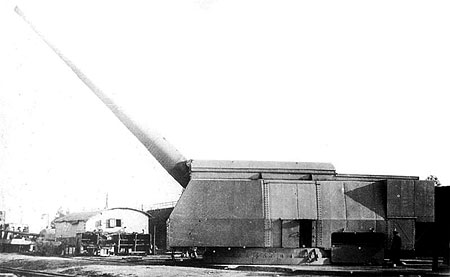 There were facilities for two to four KOR-2 flying boats. Two hangars were built into the after end of the forecastle deck to house two of the ‘boats, and cranes were provided at the forward end of the quarterdeck to hoist them out of the water.

The propulsion machinery arrangement provided tactically good dispersal of these vital spaces, but required wing shaft lengths of about 344 ft 6 in (105 m). The turbine compartments for the wing shafts were located forward of boiler room No. 1 and aft of the No. 2 turret magazines. The engine room for the central shaft’s turbine was between boiler room Nos 2 and 3, and this meant that the wing propeller shafts had to extend below the boilers.

The steam turbines, and a license to build them, were originally to have been ordered from Cammell Laird of the UK, but the cost was greater than the Soviets were prepared to pay, so they were instead purchased from Brown, Boveri of Switzerland, using the technical information acquired from Cammell Laird. Four single-reduction geared turbines were ordered from the Swiss firm, three to equip Sovetskaya Rossiya and one to serve as a pattern for the Kharkov factory which was to build the remainder. The three produced a total of 201,000 shp (149866 kW), and steam was provided by six boilers (two on each of the three boiler rooms). The standard bunkerage was 5,197 tons, giving an estimated endurance of 6,300 nm (7,200 miles; 11700 km) at 14.5 kt and 1,890 nm (2,170 miles; 3500 km) at full speed. The maximum fuel capacity was 6,338 tons).

Robert Farley, writing for The National Interest, describes the Sovetsky Soyuz as one of the 5 most lethal battleships to never set sail. He discusses the battleship’s cancellation, saying: “The demands of the civil war and the relentlessly hostile international environment meant that Moscow had to delay in favor of other priorities. Moreover, the Soviet economy lacked the strength to withstand a major program of naval construction.”