Gibraltar was rightly seen by the British in World War II as one of the three keys to the Mediterranean, and thus the prosecution of the war against Italy after that country had declared war on the UK on 10 June 1940. With the Far East and Australasia vital to British strategic, political and economic thinking, the Mediterranean provided the shortest sea route between the UK and India, the Far East, Australia and New Zealand by ships which passed along the Mediterranean between its western end at the Strait of Gibraltar and eastern access to and from the Red Sea, and thence the Indian Ocean, by means of the Suez Canal. Thus the three keys to the Mediterranean were Gibraltar at one end, the Suez Canal in Egypt at the other, and Malta in the middle. 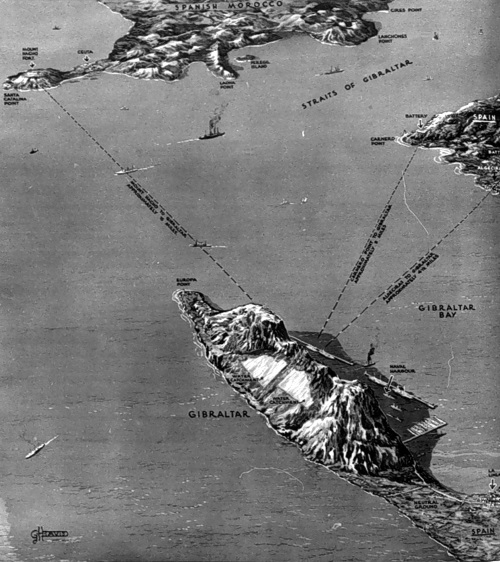 It was clear that the loss of any of these three keys could close the Mediterranean to the British, forcing maritime communications much farther to the south to make the altogether longer and therefore time- and resources-consuming passage round the southern tip of Africa. The British were well aware of the threats, both real and possible, against the three Mediterranean keys, by the Axis forces of Germany and Italy. Malta and northern Egypt were threatened by Italian naval power, German and Italian air power, and German and Italian land power. Gibraltar was under less immediate threat, for an amphibious assault was highly improbable and any overland assault would first have to cross the Pyrenees mountains from south-western France and then advance across Spain. However, there remained the possibility that Germany might be able to persuade Spain, now ruled by the nationalists of General Francisco Franco y Bahamonde, whose success in the Spanish Civil War (1936/39) had been materially aided by Germany and Italy, to enter the war on the side of the Axis alliance, or at least to remain passive as German forces crossed Spain.

To be buried for the duration

Operation ‘Tracer’ was an unrealised British plan of 1940/43 to seal six men inside the Rock of Gibraltar should this key base fall to the Germans. These volunteers were to have food and water sufficient to survive for seven years. The origins of ‘Tracer’ can be found in the period after the fall of France in June 1940, when British intelligence came to believe that the German forces could and indeed might attempt to advance through Spain to take Gibraltar from the landward side. It was decided to excavate caverns in the rock to hide the men, who would be able to observe subsequent German movements by means of two slits, each measuring 12 by 6 in (305 by 152 mm), looking east and west, and through which an 18-ft (5.5-m) antenna could be lowered to enable the observers to transmit details of German targets for attack by British aircraft. The caverns were to be 45 ft (13.7 m) long by 16 ft (4.9 m) wide by 8 ft (2.4 m) high. 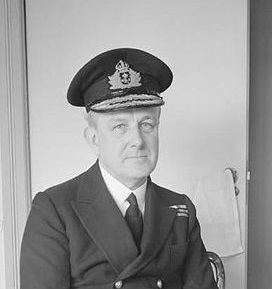 The planning for and possible implementation of ‘Tracer’ were discussed only in the home of Admiral Sir John Godfrey, the Director of Naval Intelligence, and specialist advice was solicited from George Murray Levick, who had been on Captain Robert Scott’s ill-fortuned expedition to the Antarctic in 1910/13 and was now called up, at the age of 64, with the rank of surgeon commander. Levick advised on the selection of suitable volunteers, survival techniques, diet, exercise, recreation, alcohol, tobacco, clothing, ventilation, sanitation, and the disposal of any dead by means of embalming and cementing-up. Levick also suggested a rehearsal, probably in Scotland, to test the temperamental suitability of the personnel. In the end, volunteers were taken to the naval school at Shotley, Suffolk, for training, before being sent to Gibraltar with ‘proper jobs’ as cover for the real purpose of their mission. The MI6 intelligence service provided training in radio techniques and also supplied the radio equipment and a bicycle-operated generator.

The scheme was deemed to be so full of potential that similar operations were planned for Colombo and Trincomalee in Ceylon, Malta and Aden.

In August 1943, however, the decline of any real German threat to Gibraltar led to the termination of ‘Tracer’, whose personnel were stood down and their caves sealed.