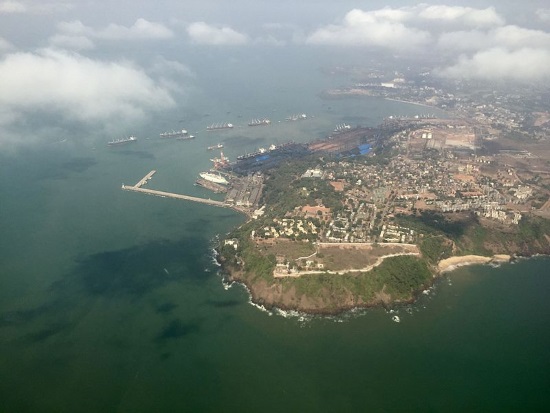 Operation ‘Longshanks’, which was otherwise known as ‘Boarding Party’ and ‘Creek’, was a peculiar British operation against a German merchant ship moored, as a neutral, in the Portuguese enclave of Goa in western India, and took place on 9 March 1943.

The operation was undertaken by members of the Calcutta Light Horse, a reserve unit of the Indian Army and inactive since the Boer War (1899/1902), and of the Calcutta Scottish Regiment, against the 7,752-ton Ehrenfels. The operation was organised by the India Mission of the Special Operations Executive (Force 136), and was long kept concealed to avoid the political ramifications of this contravention of Portuguese neutrality.

At this time a Bengali sympathetic to Germany provided information to ‘Trompetta’ (Robert Koch), the head of the German intelligence operation in Goa, on the destination, speed and cargo of British ships departing Indian ports, and this information was then passed to the captain of U-181 by means of coded signals sent from a secret radio transmitter on board Ehrenfels by the ship’s radio officer, who spoke seven languages and was also code expert.

At this time there were four Axis merchant vessels in Goa. On 28 August 1939, just three days before the start of World War II, Ehrenfels departed Bhavnagar for Bombay, but instead slipped into Mormugao harbour of Goa. On the following day another German ship, Drachenfels, which had just left Goa for Rotterdam returned to Mormugao and docked once more. Three days later still Braunfels, headed to Calcutta from Djibouti, also docked at Goa. About one year later, in June 1940, the Italian ship Anfora docked in Goa.

By 1942 the physical state of all four Axis merchant vessels was very poor, and of their crews many had deserted, some of them seeking asylum in Goa but also complaining to the International Red Cross that they were being ‘interned’ by the Goan authorities.

Meanwhile, the SOE had established its Indian presence, later known as Force 136, in order to incite, organise and supply indigenous resistance forces in Japanese-occupied territories. The Indian mission was set up in Meerut by a former businessman, Colin Mackenzie of the J. and P. Coats clothing company, as the GSI(k). The task of taking covert action to eliminate the secret transmitter on board Ehrenfels was given to Colonel Lewis Pugh of the Indian Police, which was also an SOE operative and also a honorary member of the Calcutta Light Horse. A meeting in the SOE offices in Meerut was overseen by Mackenzie and Pugh. The first scheme was a plan to kidnap the German intelligence chief and then bribe the captain of Ehrenfels to take his ship to sea for seizure by the British. Stewart and Pugh made their way to Goa, posing as representatives of a trading company, seized Koch and his wife in December 1942, and transported them into India. Shortly after this, the German transmissions began once again, and it thus became obvious that British shipping information was reaching the German ship by another means. It was then decided that an attempt must be made to meet Roeffer, Ehrenfels’s captain, in what was probably ‘Creek’, and offer him a payment of £20,000 to desert. This scheme also failed. 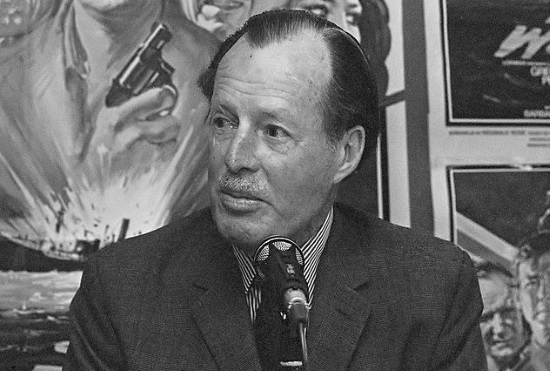 Eventually the SOE came to the conclusion that it must act on its own, and 18 men were chosen to undertake ‘Longshanks’ against the ship and its crew. The men were told no details of the planned undertaking, and Pugh was tasked with securing the required weapons and the training of the party, for which there were neither official backing or funding. Each of the men took leave from this job, stating he was about to attend a training course near Goa, and started preparing for the mission, now named ‘Longshanks’.

Pugh set about finding a vessel for the long passage round India from Calcutta on the north-east coast to Goa in the centre of the west coast, and managed to obtain a hopper barge name Little Phoebe and her a Bengali crew. Completed in 1912 and possessing a maximum speed of less than 9 kt, the barge made the passage via Trincomalee in Ceylon to Cochin, where it collected the men of the assault team, who had travelled across India by train via Madras, and then had to wait for four days for the barge to arrive. The barge then moved northwest along the coast of western India to Bombay as the attack team finalised its plan and divided into three teams: after boarding Ehrenfels, one party was to seize the bridge, the second to destroy the radio and the third to break the anchor chain.

Two men did not embark on the barge at Cochin, but instead travelled overland to Goa with the task of decoying as many as possible of the German crew members away from the ship on the night scheduled for the attack. This they planned to achieve by paying the owner of a Goan brothel to offer free services that night to the seamen, and bribing a Goan official to host a party to which port officials and ship’s officers would be invited. It was also arranged that there would be no taxis available to take the officers back to their ships.

On the night of 9/10 March, the boarding party headed by Colonel E. H. Grice met little opposition, and Ehrenfels’s radio equipment was quickly put out of action, while the ship’s captain and four of his men were killed in the light action which followed. Roeffer had anticipated this British move, however, and had already instructed the crews of the German ships to prepare for a British attack and plant charges in all of the ships for rapid detonation so the ships would be scuttled rather than fall into British hands. As the British boarding party seized control of Ehrenfels, therefore, the charges were detonated and sank. Those on shore soon decided that the crews, nervous, depressed, fearful of a British attack and possibly drunk, had set fire their own ships. The barge quietly slipped out of the harbour during this time. The re-embarked party were concerned that the Germans might have transmitted a final signal alerting the U-boats, one of which might possibly now search for Little Phoebe, which was not in fact molested as she made her passage back to Calcutta via Trincomalee.

The real need for the operation is suggested by the fact that while Axis submarines sank 12 Allied ships in the Indian Ocean during the first 11 days of March 1943, they sent only one to the bottom in the rest of the month.