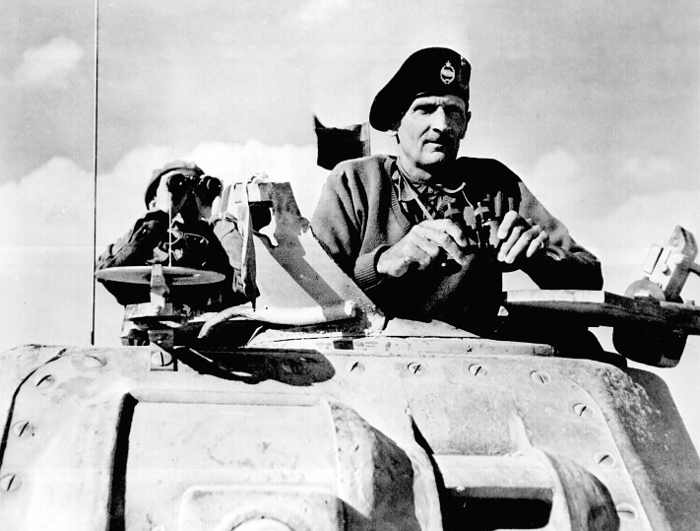 A time earlier in November 2011 was the 69th anniversary of Operation ‘Supercharge’, which was the British ‘dogfight’ stage of the 2nd Battle of El Alamein on 2/4 November 1942. The plan evolved from the development of the ‘Lightfoot’ offensive between 24 and 28 October, when Lieutenant General B. L. Montgomery’s 8th Army had failed to secure the rapid breakthrough anticipated against Generalfeldmarschall Erwin Rommel’s Deutsch-Italienische Panzerarmee and so release Major General R. Briggs’s 1st Armoured Division and Major General A. H. Gatehouse’s 10th Armoured Division of Lieutenant General H. Lumsden’s X Corps into the rear areas of the combined German and Italian forces under Rommel’s command. In its original form on 29 October, ‘Supercharge’ envisaged a final breakthrough in the north of the El Alamein front, which extended across a mere 35 miles (55 km) between the Mediterranean coast in the north and the edge of the impassable Qattara Depression in the south. Then, when he appreciated that Rommel had moved Generalleutnant Graf Theodor von Sponeck’s 90th leichte Afrikadivision forward into the coast road sector nearly reached by Lieutenant General Sir Leslie Morshead’s Australian 9th Division, Montgomery rapidly switched his intended point of attack farther to the south, into the sector covered by General Wilhelm Ritter von Thoma’s Deutsches Afrikakorps and the left wing of Generale di Corpo d’Armata Giuseppe de Stefanis’s Italian XX Corps.

The British plan was thus for Lieutenant General Sir Oliver Leese’s XXX Corps to continue its infantry pressure on the Axis front just to the south of the Tell el Eisa, forcing Rommel to commit his last reserves (Generale di Divisione Francesco Arena’s Italian 132nd Armoured Division ‘Ariete’ and Generale di Brigata Francesco La Ferla’s Italian 101st Motorised Division ‘Trieste’), while the equivalent of one brigade was withdrawn from each of three divisions (Major General I. T. P. Hughes’s 44th Division and Major General J. S. Nichols’s 50th Division of Lieutenant General B. G. Horrocks’s XIII Corps, and Major General D. N. Wimberley’s 51st Division of the XXX Corps to reinforce Lieutenant General Sir Bernard Freyberg’s New Zealand 2nd Division, which was to make the decisive effort around Kidney Ridge against the Italian infantry holding the forward positions in front of Generalleutnant Gustav von Vaerst’s 15th Panzerdivision and Generalmajor Heinz von Randow’s 21st Panzerdivision. Though depleted in numbers of men and tanks, and also desperately short of fuel, these formations were still formidable adversaries, and were shielded in the north by the 90th leichte Afrikadivision and in the south by Generalmajor Kurt Freiherr von Liebenstein’s 164th leichte Afrikadivision. Once Freyberg’s division (with support on its left flank from the 51st Division) had made the initial breakthrough on a 4,000-yard (3660-m) front using Brigadier J. E. S. Percy’s 151st Brigade and Brigadier G. Murray’s 152nd Brigade, each aided by one regiment of Valentine infantry tanks and Brigadier J. C. Currie’s three-regiment 9th Armoured Brigade in close support with its 40 Grant, 39 Sherman and 53 Crusader tanks), the 1st Armoured Division would debouch through the gap with its two armoured brigades (39 Grant, 113 Sherman and 119 Crusader tanks) and engage the 15th Panzerdivision and 21st Panzerdivision to the west of the Rahman Track. The 15th Panzerdivision at this time had only 51 tanks, and the 21st Panzerdivision mustered a mere 44 tanks, with seven more available from Deutsches Afrikakorps headquarters and between 15 and 25 from the 90th leichte Afrikadivision

Montgomery planned to unleash ‘Supercharge’ behind a concentrated but comparatively short barrage on the night of 31 October/1 November, but was persuaded by Freyberg to postpone the start until the night of 1/2 November to give the troops some rest and allow the completion of the New Zealand 2nd Division’s reinforcement. The artillery bombardment began at 01.05 on 2 November with the two infantry brigades following it closely and reaching all their objectives by 06.15 to permit the 9th Armoured Brigade to begin the exploitation proper, followed, to Freyberg’s concern, somewhat slowly by the 1st Armoured Division. Having undertaken a diversion in the south, Major General A. F. Harding’s 7th Armoured Division was now pulled out of the XIII Corps with its 54 Grant and 26 Crusader tanks (Brigadier A. F. Fisher’s 22nd Armoured Brigade) and allocated to the X Corps for the exploitation.

Despite the attentions of Air Vice Marshal Sir Arthur Coningham’s Western Desert Air Force, Rommel was able by nightfall on 2 November to organise a new defence position in front of the British armour. The Axis commander was then informed by von Thoma that the activities of British attack aircraft, the German tanks’ shortage of fuel and the total absence of Axis reserves meant that the continued maintenance of this position was at best problematical, so Rommel therefore made the only decision available to him, namely a withdrawal to positions which had already been reconnoitred at Fuka. Moreover, by this time the Axis tank strength had fallen to 187 vehicles, including 155 Italian vehicles wholly incapable of halting the Sherman tanks used by the British. First to move were two Italian infantry-based formations, Generale di Corpo d’Armata Benvenuto Gioda’s X Corps and Generale di Corpo d’Armata Enea Navarini’s XXI Corps, leaving Rommel’s mobile formations (Generale di Corpo d’Armata Giuseppe de Stefanis’s Italian XX Corps, the Deutsches Afrikakorps, the 90th leichte Afrikadivision and Generalleutnant Heinrich Burchard’s 19th Flakdivision) to conduct a fighting withdrawal in the face of the British advance.

The Axis withdrawal started at 13.30 on 3 November, but was then halted at the express order of Adolf Hitler. The German leader later reversed his instructions, giving Rommel the freedom of action he so desperately needed, but by then it was too late for an orderly withdrawal, and on 4 November the 8th Army ripped a 15-mile (24-km) gap in the German and Italian front near Tell el Aqqaqir, allowing the armour of the X Corps to smash through the 132nd Armoured Division and capture von Thoma. Only fragments of the four German divisions escaped, as did most of the 101st Motorised Division and 132nd Armoured Division, but the Italian infantry (Generale di Divisione Alessandro Gloria’s 25th Division ‘Bologna’, Generale di Brigata Giorgio Masina’s 102nd Division ‘Trento’, Generale di Divisione Brunetto Brunetti’s 27th Division ‘Brescia’ and Generale di Brigata Nazzareno Scattaglia’s 17th Division ‘Pavia’) and Generale di Divisione Enrico Frattini’s 185th Airborne Division ‘Folgore’, were lost together with the headquarters of the X Corps.

‘Supercharge’ had thus succeeded in its primary objective, and of the 108,000 Axis troops involved in the 2nd Battle of El Alamein, some 25,000 had been killed or wounded, and another 30,000 (including 10,725 German) had been taken prisoner. The British also captured 1,000 guns and 320 tanks. The 8th Army’s losses were 13,560 men, including 4,610 killed or missing, and some 150 tanks. The strategic impact of ‘Supercharge’ was enormous, for combined with Hitler’s halt order it destroyed the Deutsch-Italienische Panzerarmee as an effective offensive force.

Montgomery had always envisaged the 2nd Battle of El Alamein as an attritional battle in which the Allied forces’ greater manpower and industrial strength would prevail, but had nonetheless also expected it to be shorter and less costly than in fact it was. The British and Commonwealth artillery had been adroitly handled, but their armoured tactics had still displayed the cavalry mentality that repeatedly cost the British forces dear as they attacked in open country in mass formation with insufficient infantry and air support. British and Commonwealth air support was therefore of limited use, but contrasted with that of the Luftwaffe, which offered little or no support to the German and Italian ground forces, preferring to engage in air-to-air combat. In the end the British and Commonwealth victory was all but total, and Prime Minister Winston Churchill summed up the battle on 10 November with the words ‘now this is not the end, it is not even the beginning of the end. But it is, perhaps, the end of the beginning.’

Rommel was now driven directly all the way to the Tunisian highlands, where his forces were finally supplied with more men and matériel after Hitler had learned of ‘Torch’ and the subsequent betrayal of the Vichy French government to the Allies. These men and supplies would have been of more use had they been delivered before the 2nd Battle of El Alamein. Nonetheless, Rommel now faced a two-front war with the British and Commonwealth forces pressing him from the east and a combined army of American, British and Free French forces from the west. A quick and short campaign against the Axis forces was thwarted by the mistakes of the inexperienced US forces, and this insured that the Tunisian campaign that ended the war in North Africa would be long, hard and costly.