North American Aviation’s F-107 was schemed as an advanced derivative of the F-100 Super Sabre, and was at first designated F-100B before this improved warplane’s increasing divergence from the F-100 prompted the change to a later designation. 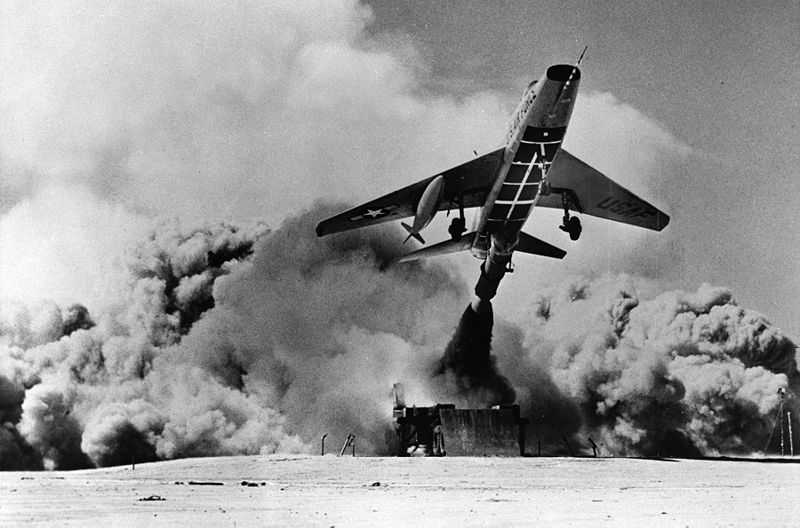 The USAF originally ordered nine YF-100B (later YF-107A) prototype and service test aircraft, and as the process of creating the company’s NA-212 design continued, the F-107 steadily lost all vestiges of commonality with the F-100, with the exception of the wing and tailplane planforms based on a sweep angle of 45°. One of the keys to the F-107’s anticipated performance was the VAID (Variable-Area Inlet Duct) located immediately above and behind the cockpit. This was a bifurcated unit incorporating two movable ramps attached to the centrally mounted vertical splitter plate, and was designed to create the inclined shock waves that at supersonic speeds slowed the ingressing air to the subsonic speed that best suited the engine. Another advanced feature was the control system, which was based on all-moving horizontal and vertical tail surfaces for longitudinal and directional control, and an advanced system of mechanically linked spoilers and slot-type deflectors that replaced conventional ailerons for lateral control.

The type’s armament was schemed as a combination of the F-100’s gun armament of four 20-mm cannon in the fuselage sides under the cockpit together with a large free-fall weapon (nuclear or conventional bomb) semi-recessed into the underside of the fuselage, although provision was also made for the carriage of 10,000 lb (4536 kg) of other tactical weapons on four underwing hardpoints as a means of giving the F-107 greater tactical versatility. 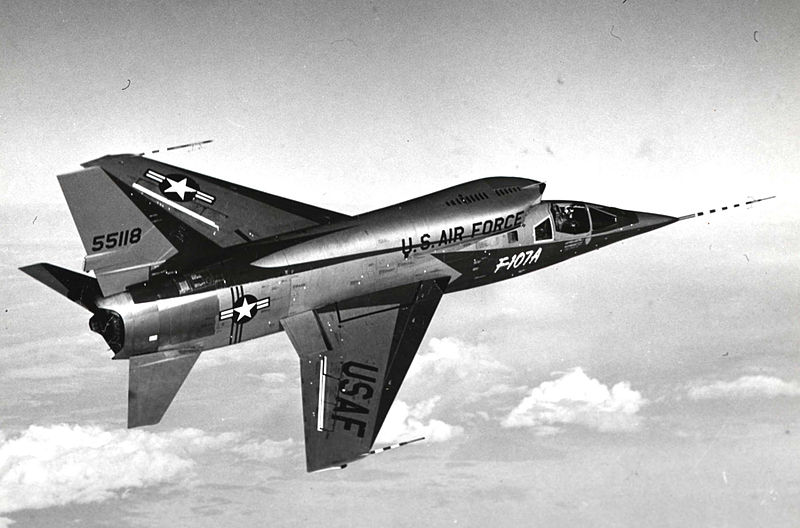 North American’s rival for the anticipated production contract was Republic with its YF-105 Thunderchief, and after the decision had been made to re-engine this type with the impressive J75 engine, the USAF cut its YF-107A contract to a mere four aircraft, of which only three were eventually completed, later gaining the nicknames ‘Ultra Sabre’ and ‘Man Eater’. The first YF-107A recorded its maiden flight on 10 September 1956, and was followed by the second and third aircraft in November and December of the same year. Flight trials revealed impressive performance, although the planned maximum speed was not realised as the VAID was never fully optimised for its Mach 2.25 upper limit. The main problem faced by the type was high drag, but a solution was well on the way when the USAF decided in 1957 to procure the F-105 Thunderchief and ordered the cessation of F-107 development. 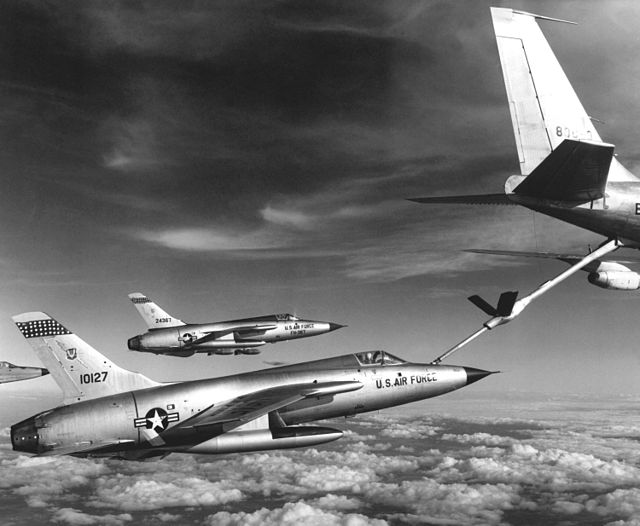 The second aeroplane was preserved as a museum exhibit, and the first and third aircraft were passed to the National Advisory Committee for Aeronautics, soon to become the National Aeronautics and Space Administration. The NACA (later NASA) used its two YF-107A prototypes as high-speed research aircraft, and was also interested in evaluation of the type’s advanced ALCS (Augmented Longitudinal Stability Augmentation) system, which proved very successful and was later adapted for the North American A3J (later A-5) Vigilante carrierborne attack bomber. The first YF-107A was returned to North American for disposal after only four NACA/NASA flights, but the third YF-107A was modified for trials with the sidestick controller designed for the North American X-15 and proved a very useful if unreliable research and development aeroplane until September 1959, when it suffered a non-fatal accident and was scrapped.

Type: experimental aeroplane for use as an advanced strike and attack fighter prototype

Accommodation: pilot on a North American ejection seat in the enclosed cockpit

Disposable armament: (proposed) up to 10,000 lb (4536 kg) of disposable stores carried on five hardpoints (one centreline unit under the fuselage and two under each wing with each unit rated at 2,000 lb/907 kg), and generally comprising a free-fall thermonuclear or conventional bomb semi-recessed under the fuselage, and bombs of the free-fall or retarded types, cluster bombs, ASMs, AAMs and multiple launchers for unguided rockets on the underwing hardpoints