The Nash & Thompson company was a British engineering organisation which specialised in the design and production of hydraulically operated gun turrets for aircraft, and was also a significant force in the manufacture of hydraulically powered radar scanners used on radar systems such as the H2S navigation and bombing equipment and the AI.Mk VIII airborne interception equipment.

The organisation was created during 1929 at Kingston upon Thames by Archibald Frazer-Nash and Esmond Grattan Thompson, and registered in the UK as a limited company during 1936. The company was formed to develop the turrets which Frazer-Nash had originated while still concentrating his efforts on his car company, Frazer Nash (sic, without a hyphen), and the designs were consequently numbered in a series which carried the prefix FN. 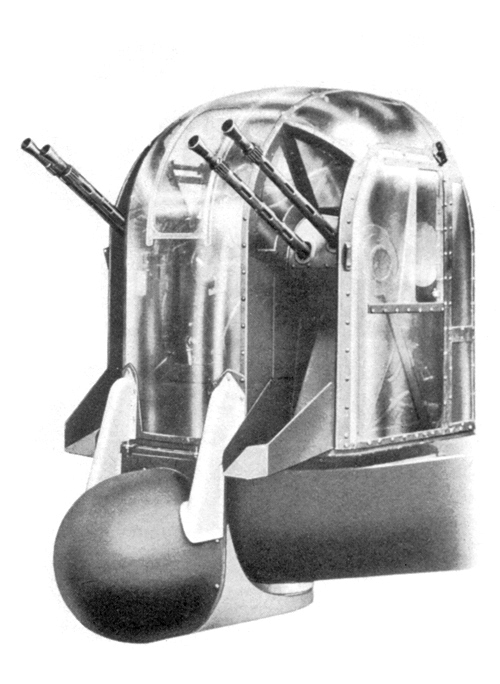 The Nash & Thompson company’s most important competitor in the UK was Boulton & Paul, which had a license to make the designs of the French company Société d’Application des Machines Motrices (SAMM). The most important conceptual difference between the two companies’ products was that the FN turrets used hydraulic power produced by the aeroplane’s engine(s), and the BP turrets used individual hydraulic pumps supplied with power by the aeroplane’s 24-V electrical system. Another important designer and manufacturer of turrets was Bristol for many of its own aircraft types, though these turrets were produced in smaller numbers than those of Thompson & Nash and Boulton & Paul.

The first Nash & Thompson turret was the FN1 ‘lobster back’ partially enclosed single-gun turret for the Hawker Demon two-seat fighter, and the last full-production type was the FN150 enclosed two-gun dorsal turret based on the FN50 and fitted on many Avro Lancaster bombers. The standard weapon throughout the series was the 0.303-in (7.7-mm) machine gun, of either the Vickers K or more generally the Browning medium types, but some later turret were designed for the 0.5-in (12.7-mm) Browning heavy type (FN82) and even the 20-mm cannon (FN28/29). Many of the turrets were manufactured by Parnall Aircraft, which took over the Thomson & Nash patents, patent rights, designs and contracts in 1935.

Production for new-build aircraft was 56,831 turrets, but overall production was considerably greater as many more turrets were built to replace those too badly damaged to be repaired. The turrets were installed on 11 types of British warplane: the Demon and Bristol Blenheim each had one turret, the Armstrong Whitworth Whitley, Handley Page Harrow, Vickers Warwick and Vickers Wellington each had two turrets, and the Lancaster, Avro Manchester, Saro Lerwick, Short Stirling and Short Sunderland each had three turrets, though some early Manchesters and Lancasters had four turrets with the standard nose, dorsal and ventral units supplemented by a ventral unit. 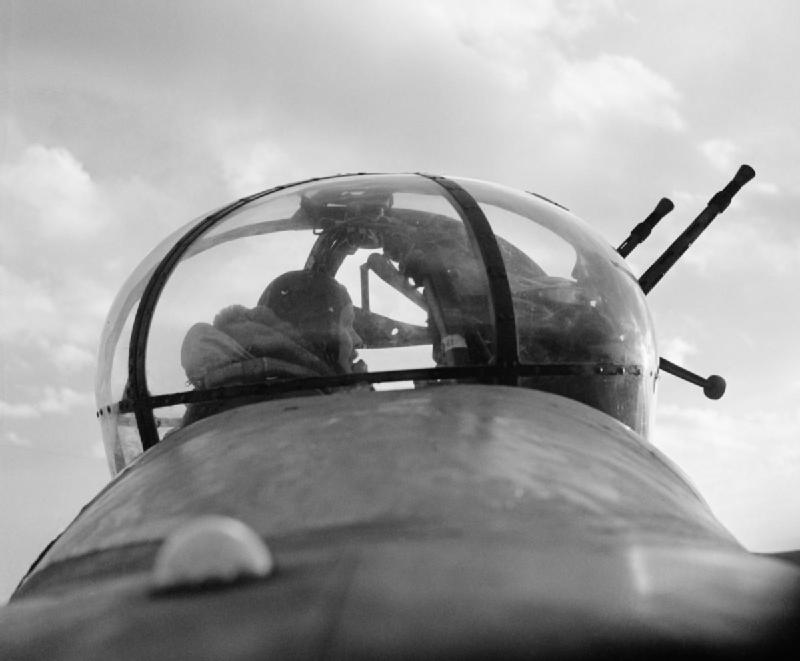 Standard on the Lancaster

The turret had a diameter of 30.5 in (0.775 m), and its movement was 188° in azimuth (94° left and right of the centreline) and 105° in elevation (-45° to +60°). The gunner controlled the fire of the guns from his double-handed control column by means of a Palmer system (hydraulic gun-firing valves via Bowden cables on most aircraft, or electrically switched relays in some high-altitude turrets), and sighted the guns with the aid of a Free Gun Reflector Sight Mk III or a Gyro Gun Sight Mk IIc.

The FN120 was an improved FN20 weighing 40 lb (18 kg) less than its precursor, and was used in late-production Lancaster and Wellington bombers, and the FN121 was a further development with the facility for the addition of ‘Village Inn’ gunlaying radar. 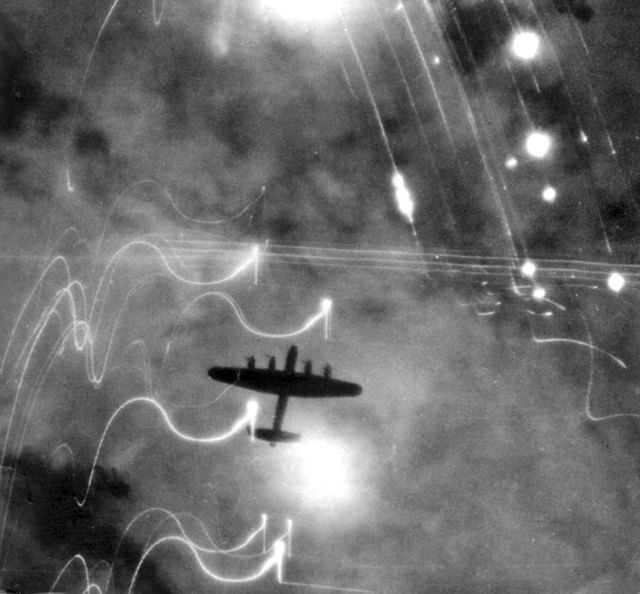 Turrets such as this were used on virtually all Lancasters which saw service later in World War II. The turret was installed to provide rear hemisphere defence, and the gunner entered from inside the fuselage, clipping his parachute to hooks just outside the turret. It was a very cramped location and some larger gunners found it necessary to place their boots in the turret before they climbed in. Once in the turret, the gunner was unable to leave until the bomber had returned to base. The rotation mechanism, gun elevation, and triggers were hand-actuated. If the bomber had to be abandoned, the gunner had to open the turret doors behind him, reach for and clip on his parachute, rotate the turret 94°, and then fall out backward.

When operating on night operations at low temperatures, the gunner’s view was often restricted by frost forming on the Plexiglas through which he looked and it therefore became common, despite the added discomfort, for gunners to remove the central panel to ensure good visibility. After heavy rear gunner casualties, an articulated armoured screen was added to the FN20 turret, but this armour had a tendency to jam in its tracks, and many squadrons opted to remove it in favour of additional ammunition.