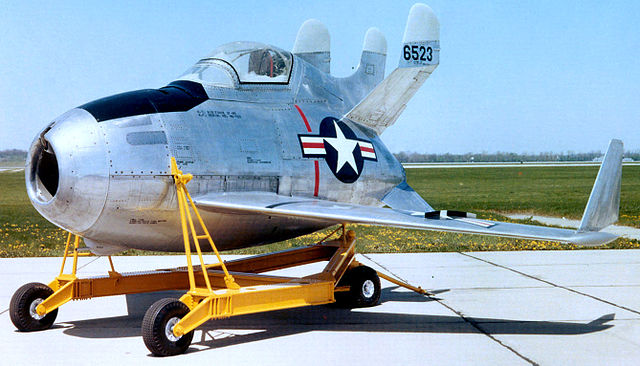 In the period after World War II, the USSR rapidly emerged as the only power on Earth capable of challenging the USA militarily, and as wartime relations cooled toward the ‘Cold War’ situation which dominated global affairs between 1947 and 1989, the USA came to rely on nuclear (and later thermonuclear bombing) as its primary strategic weapon. These weapons were carried by the Boeing B-29 (and later B-50) Superfortress over medium strategic ranges, and by the Convair B-36 over long strategic ranges, two types which were replaced by the Boeing B-47 Stratojet and Boeing B-52 Superfortress respectively during the 1950s. Thus US capabilities were considerably improved during the first half of the 1950s. So too were the defensive capabilities of the Soviets, however, for the USSR began to field increasingly large numbers of turbojet-powered interceptors of steadily improving capabilities.

This Soviet defensive capability so eroded the technical advantages previously enjoyed by the bombers of the Strategic Air Command that considerable US effort went into the creation of an escort fighter that could provide the level of protection offered to the US Army Air Forces’ Boeing B-17 Flying Fortress and Consolidated B-24 Liberator bombers by the North American P-51 Mustang during World War II. This tendency had been appreciated in the period immediately after World War II, when the USAAF continued its search for longer-ranged escort fighters able to accompany the bombers to their maximum radius yet still possess the combination of outright performance and agility to tangle with the Soviet interceptors. The first half of the requirement demanded considerable fuel capacity and thus a large and weighty airframe powered by one or more turbojet engines of low specific fuel consumption, while the second half placed emphasis on a small and light airframe powered by a single turbojet engine with a high power/weight ratio. The two halves of the requirement were effectively incompatible, as several manufacturers found with prototype designs such as the McDonnell XF-88 Voodoo. 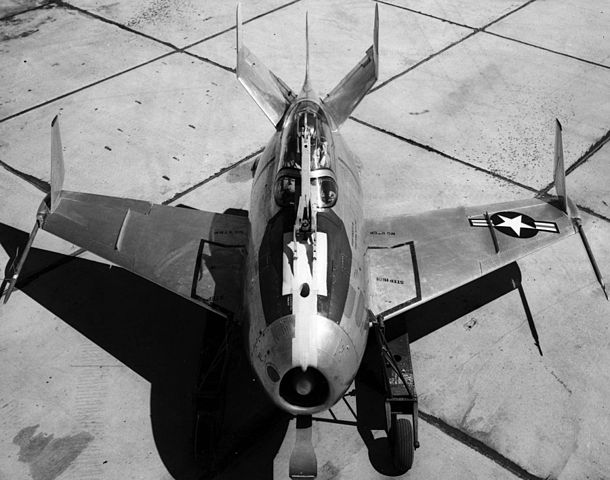 Thoughts then turned to the parasite fighter concept that had been trialled during the 1930s by the USSR and USA. In this concept, a bomber carried one or more fighters which could be air-launched to protect their motherplane and its siblings from the attentions of opposing interceptors, and then at the end of the sortie be recovered into the motherplane. The advantage of the concept was that it provided the parasite fighter with the bomber’s range and also allowed the parasite fighter to be optimised for its air-combat role as a small and agile machine that needed to carry only enough fuel for a short independent flight. The USAAF had begun once more to consider the parasite fighter in the closing stages of 1942, when it decided that such protection might be needed for the B-29 on long-range missions. Most US manufacturers were sceptical of the project’s viability, and the only company to respond to the USAAF’s requirement was McDonnell, a newly established company which was hungry for work and submitted its Model 27 design. By the autumn of 1944, this had been refined as a small but essentially conventional fighter to be carried as a semi-recessed load under the B-29 as well as the planned B-36 and Northrop B-35. In January 1945 the USAAF rejected the Model 27, however, and decided that the selected parasite fighter would have to be carried entirely within the B-35 and B-36.

McDonnell then revised the Model 27 into the Model 27D with an egg-shaped fuselage to accommodate its pilot in a high-set cockpit, the powerplant of one Westinghouse J34 axial-flow turbojet engine in a straight-through installation between an oval inlet at the nose and a plain nozzle at the tail, and the armament on the sides of the nose inlet; other features of the design included a mid/low-set wing with a leading-edge sweep angle of 37° and outer panels that folded upward to the vertical position for a minimum width of only 5 ft 6.6 in (1.69 m) for internal accommodation in the motherplane’s modified weapons bay, a sharply anhedralled tailplane, triple upper ‘vertical’ tail surfaces whose two outer elements were angled out from the upper part of the rear fuselage but had vertical tips to keep overall width to a minimum, a swept ventral fin and, in place of conventional landing gear, a retractable hook in the nose for engagement with the retractable launch/recovery trapeze carried by the motherplane. 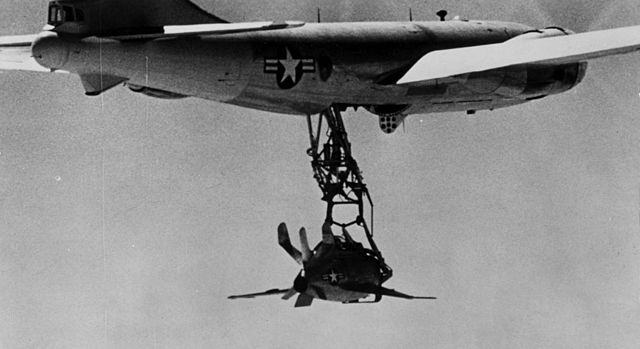 Despite the general cancellation of military contracts in the period immediately following the end of World War II, the Model 27D received a go-ahead instruction during October 1945 and, following a mock-up inspection in June 1946, McDonnell was contracted in March 1947 to build two XF-85 prototypes. USAAF planning at this time was based on the concept of most B-36 bombers carrying at least one F-85 fighter as well as its bomb load, but with some B-36 aircraft carrying no bombs to permit the carriage of three F-85 fighters. The USAAF considered an initial production order for 30 examples of the F-85, but later changed its mind and cancelled the provisional order, which was a sensible move as later proved by the XF-85’s abysmal handling qualities.

During their flight test programme, the prototypes were to be launched from a specially adapted EB-29B motherplane, but the first Goblin prototype was damaged during unloading for full-scale wind tunnel tests, so it fell to the second prototype to record the type’s maiden flight on 23 August 1948. The cockpit canopy was shattered as the pilot attempted to latch onto the motherplane after an initial 15-minute free flight, but the pilot managed to make an emergency landing on a dry lake bed using the XF-85’s extending underfuselage steel skid. Changes made after this included the addition of small fins at the tips of the wing in an effort to improve directional stability, but further trials revealed other problems including handling characteristics that demanded pilots possessing exceptional capabilities. In combination with the fact that the XF-85 was also inferior in performance to conventional fighters, this need for pilots of test pilot capability persuaded the USAF to make the eminently sensible decision to abandon all further development of the XF-85.

Type: experimental aeroplane for use as a bomber-launched escort fighter prototype

Armament: (proposed) four 0.5-in (12.7-mm) Browning M2/3 fixed forward-firing machine guns with 300 rounds per gun in the sides of the forward fuselage