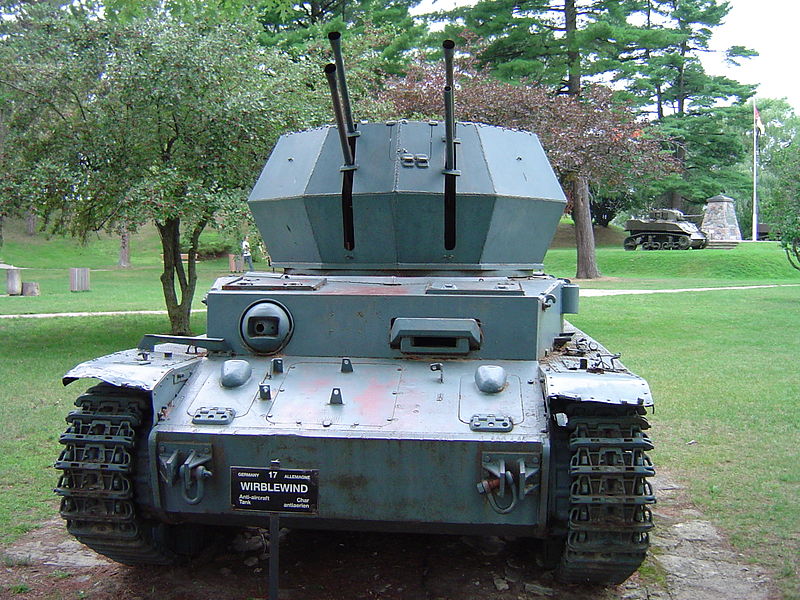 Despite developing Blitzkrieg tactics, the Germans were as slow as the other early WWII powers in developing self-propelled anti-aircraft artillery. This stemmed in part from the German leadership and armaments industry’s primary concern with the development and manufacture of offensive weapons. Yet it was also a result of their belief that their breakthrough forces could be adequately protected by Luftwaffe fighters from opponents’ close support warplanes.

These ideas may have held a certain validity in the first stages of the war, when German land and air forces reigned supreme. However, they became problematic from 1942 onwards. This was when British fighter-bombers and attack aircraft had at last got the measure of German and Italian forces in North Africa. New generations of Soviet fighter-bombers and attack aircraft, operating under an increasingly effective fighter umbrella, had also started to achieve similar results on the Eastern Front.

At this time, then, Germany’s fighter arm was beginning to suffer heavy losses on both fronts. Its land-based 20-37mm anti-aircraft guns, generally used against ground-attack aircraft, had to be towed. This made it difficult for anti-aircraft units to keep up with Panzer divisions.

One of the first German attempts to create an effective anti-aircraft gun was the Leichte Flakpanzer 38(t) (SdKfz 140).  Mounted on the rear of the chassis of the PzKpfw 38(t), a Czech tank used in some numbers by the Germans, it provided both protection and the same level of mobility as the forces it was designed to protect. However, it had limited overall capability due to its lack of firepower. It was followed by the 2-cm Flakvierling 38 auf Fahrgestell Panzerkampfwagen IV, nicknamed the Möbelwagen (furniture van) because of its boxy quadruple 20-mm cannon mounting (later replaced by a single 37-mm cannon mounting). This was based on a large rectangular fighting compartment about 9 ft (2.75 in) long, 8 ft 8 in (2.65 m) wide and 4 ft 1 in (1.25 m) high, and whole walls could be elevated to the vertical position to create a smaller but very boxy ‘furniture van’ look when closed for movement. This was based on the chassis of the PzKpfw IV battle tank. Entering service in April 1944, it soon proved limited by its lack of protection and the restriction of the cannon to the engagement of aerial but not ground targets.

Attempts to overcome both of these limitations paved the way to the design of the 2-cm Flakvierling 38 auf Flakpanzer IV Wirbelwind (whirlwind). This self-propelled quadruple anti-aircraft gun mounting was also based on the PzKpfw IV tank; in this instance, vehicles which had been returned from the front for major overhaul. The Wirbelwind was schemed as the partner, rather than successor, to the Möbelwagen in both its forms. It had its origins in 1944 in the mind of SS-Hauptsturmführer Karl Wilhelm Krause of the 12th SS Panzer Division ‘Hitlerjugend’.

To create the Flakpanzer IV (2 cm) mit PzFgst Panzer IV/3 Wirbelwind, the PzKpfw IV’s turret was replaced by an open-topped and nine-sided turret which housed a 2 cm Flakvierling 38 mounting with four 20-mm L/112.5 cannon and capable of traverse through 360°. The turret was 6 ft (1.83 m) long, 6 ft 6 in (2,0 m) wide and 3 ft 7 in (1.10 m) high, and while closed-top turret design would have been preferable for the provision of overhead protection for the crew, this was not feasible as a result of the need for the rapid clearance of the considerable volume of noxious gases generated by the firing of the four anti-aircraft cannon.

Production of the Wirbelwind was carried out by the Ostbau Werke at Sagan in Silesia. Combat experience confirmed what was already suspected, that the 20-mm cannon shells was losing its capability in the anti-aircraft role, so a more powerful successor was produced as the Flakpanzer IV (3.7 cm) Ostwind (east wind) with a single 3.7 cm FlaK 43 37-mm cannon.

Between 87 and 105 examples of the Wirbelwind were produced between July and November 1944 for issue to the anti-aircraft platoons of Panzer regiments, but as a result of unresolved discrepancies between the recorded production numbers at the Ostbau Werke and the Wehrmacht service records, the exact number will probably never be known.

The turret and gun mounting were hand operated, and the cannon could be elevated from -10° to +90° (the former providing a good capability against ground targets) and sighted via a Flakvisier 38/40 optical sight. The cannon mounting had a cyclic rate of fire of 1,800 rounds per minute declining to a practical 880 rounds per minute. The standard 20-mm shell weighed 0.119 kg (4.2 oz), and was fired at a muzzle velocity of 900 m (2,953 ft) per second for a maximum effective ceiling of 2200 m (7,220 ft). The ammunition supply was 3,200 rounds of HE and armour-piercing in the form of 16 20-round ready-use clips in the turret and 15 boxes of reload ammunition in the hull.

The hull armour depended on the variant of the PzKpfw IV tank used, down to a minimum 50-mm (2-in) frontal armour thickness, and the turret (comprising eight sets of two identical panels welded together) was largely of 16-mm (0.63-in) armour. 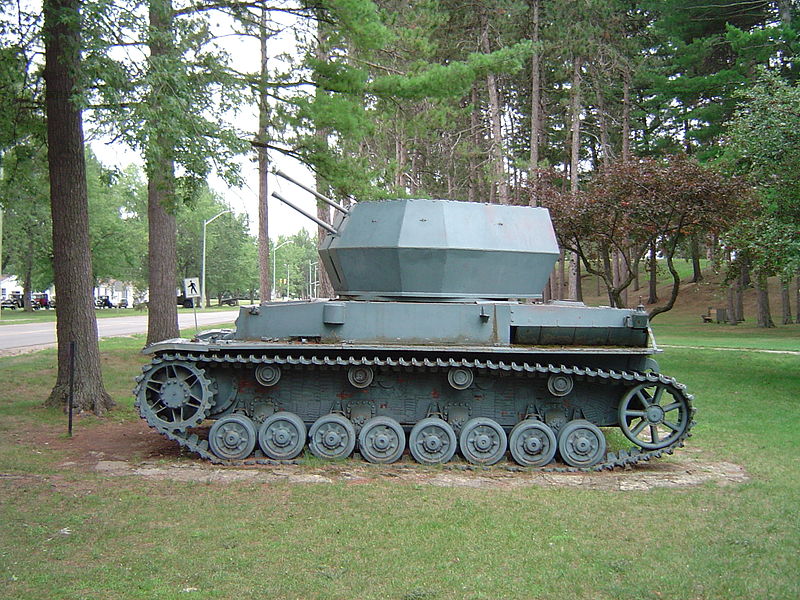