In 1931 the Albatros Flugzeugwerke became insolvent after a vain attempt to survive the financial depression and accompanying period of German hyper-inflation in the late 1920s. Worried about the loss of one of the few experienced design teams available to it, the Reichswehrministerium (German war ministry) intervened and, to avoid the complete dissolution of Albatros’s capabilities, broke the company up into parts. A sizeable proportion was merged with Focke-Wulf under the leadership of Dipl.-Ing. Kurt Tank, while several of the designers and technical managers joined the Arado company. The Arado Handelsgesellschaft, as it was then known, was forced to take Professor Dipl.-Ing. Walter Blume as its new chief designer, replacing the well-established Dipl.-Ing. Walter Rethel. Blume had been a fighter pilot in World War I, gaining 28 ‘kills’ and winning the Pour le Mérite, but his design credentials were more limited. Although the company directors were upset with being forced to employ Blume and much of his Albatros design team, they also realised that he was well liked within the Reichswehr and that future contracts were therefore more likely.

At about this time Heinrich Lübbe, the owner, felt that he was about to lose control of the company, and in November 1932 withdrew much of his capital. In fact this guaranteed he would lose control of the company, as the Reichswehr became highly suspicious. With the Nazi rise to power in February 1933, a dramatic increase in the size of the German air force was planned, first to 225 fighters by April 1934, and then to 450 a year later. The new and highly political Reichsluftfahrtministerium (German air ministry) demanded that the large industrial firms accommodate themselves to this plan, and also to keep construction as secret as possible. Arado was still considered to be somewhat suspect, and the RLM effectively ordered the reformation of the company, which on 4 March became Arado Flugzeugwerke, under the direction of Erich Serno and Felix Wagenführ. This marks the point at which Arado stopped being its own design company and started to become increasingly a production facility for other companies’ designs. 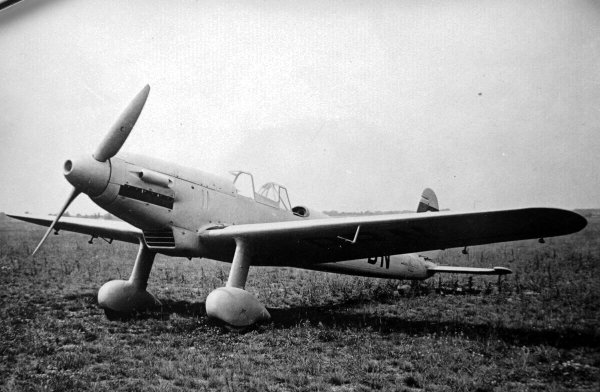 Into consideration
At the time, however, the company had just completed the Ar 65 biplane fighter under the direction of Rethel. This aeroplane was the best of contemporary German fighter designs and several orders were placed for the Ar 65 and succeeding Ar 68. This made Arado one of the few companies with actual fighter design experience, and it was therefore only natural that it should be consulted on future efforts.

During 1933 the Technisches Amt (RLM technical department) concluded a series of research projects into the future of air combat. The result of the studies paved the way for the sketching of four broad requirements for future warplanes. These were the Rüstungsflugzeug I for a multi-seat medium bomber, Rüstungsflugzeug II for a tactical bomber, Rüstungsflugzeug III for a two-seat heavy fighter, and Rüstungsflugzeug IV for a single-seat fighter. It was intended that the Rüstungsflugzeug IV type be an all-metal monoplane optimised for the interceptor role, in succession to the Arado Ar 64 and Heinkel He 60 biplanes then in service. While it was intended that the R IV type ordered in production would beat all others then flying, the requirements were nevertheless not exacting. The performance demands included a maximum speed of 216 kt (248.5 mph; 400 km/h) at 19,685 ft (6000 m) for 20 minutes, and an endurance of 1 hour 30 minutes. The fighter was to be powered by a new engine type, the Junkers Jumo 210 liquid-cooled V-12 unit, and was to carry the fixed forward-firing armament of at least three 7.92 mm (0.312 in) machine guns with 1,000 rounds per gun or one 20 mm cannon with 200 rounds. The priorities for the fighter were level speed, climb rate and manoeuvrability, in that order.

In fact the R IV specification was not the result of original thinking by the Technisches Amt for, early in 1933, Heinkel and Arado had each submitted a privately funded design for a monoplane fighter, and the Technisches Amt had simply combined the best features of each to create the requirement it issued. Hermann Göring sent out a letter in October 1933 asking for a ‘high-speed courier aeroplane’ in order to start the work, and in May 1934 the R IV request was issued as an official requirement. In addition to Heinkel and Arado, the R IV specification was sent to Focke-Wulf. Each manufacturer were asked to deliver three prototypes for competitive evaluation in the later stages of 1934. A few months later Bayerische Flugzeugwerk (BFW) started the trials of its Bf 108 touring aeroplane design built to the original ‘sporting aeroplane’ request and, given the advanced nature of the Bf 108’s design, BFW was also invited to respond to the R IV requirement.

Part old, part new
A design initiated by Rethel but completed by Blume, the Ar 80 was the company’s first monoplane fighter, and was one of four types selected for prototype construction by the German air ministry in February 1934 for evaluation against the Focke-Wulf Fw 159, Heinkel He 112 and Messerschmitt Bf 109. The two most far-sighted designs were the He 112 and Bf 109, which were low-wing cantilever monoplanes of the ‘modern’ type with advanced features such retractable main landing gear units, while the Fw 159 was hampered by its drag-producing parasol-wing layout even though it had retractable landing gear, and the Ar 80 was also hindered in competitive terms, in this instance by its fixed main landing gear units.

Initially ordered to the extent of three prototypes, like the other contenders, the Ar 80 was of all-metal construction and in configuration a clean low-wing monoplane with a wing of inverted-gull layout allowing the use of short and therefore comparatively light main landing gear legs, which were neatly faired and carried nicely spatted wheels. The tail unit was of the characteristic Arado type without bracing struts but with horn-balanced control surfaces on the single horizontal and vertical surfaces, and in overall terms the design revealed the devotion of considerable attention to aerodynamic cleanliness.

Into the air
Recording its maiden flight in the spring of 1935, the Ar 80 V1 first prototype had an open cockpit and was powered by one Rolls-Royce Kestrel V water-cooled V-12 engine rated at 812 hp (605.5 kW) and driving a two-blade propeller fitted with a small spinner, but was soon lost in a landing accident. The Ar 80 V2 second prototype initially flew with the same type of engine but was then revised with the specified Jumo 210Ca water-cooled inverted V-12 engine rated at 695 hp (518 kW). The Jumo 210 powerplant was retained for the Ar 80 V3 third prototype, which was the first completed with fixed forward-firing armament in the form of one 20 mm cannon in a Motorkanone installation with the cannon located between the engine cylinder banks and firing through the hollow propeller shaft, and two 0.312 in (7.92 mm) machine guns in the upper part of the forward fuselage.

The Ar 80 V3 was no real competition for the Bf 109. In order to save weight, the the gulled wing was replaced by a flat wing, which required slightly lengthened landing gear legs. The engine was revised to the Jumo 210C driving a constant-speed propeller, which raised the speed to 221.5 kt (256 mph; 410 km/h). By this time, the RLM had already given up on the design, so the prototype was not sent for evaluation and instead hangared at the Arado plant. 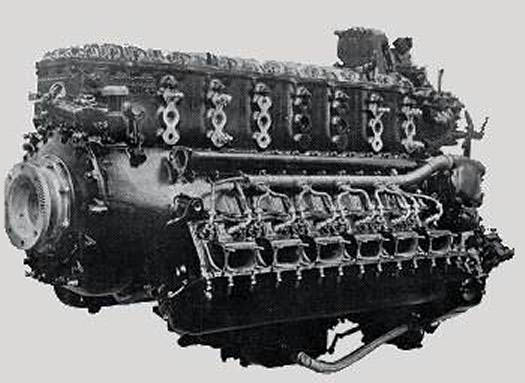 Test bed
In 1937 the Ar 80 V3 was resurrected as a flying test bed with a second seat behind that of the pilot for an observer, and also gained an enclosed canopy. The aeroplane was first used for testing a 20 mm cannon firing through the spinner, making it the first German cannon-armed fighter. In 1938 the Ar 80 V3 was rebuilt once more, this time for the testing of a new type of ‘Fowler flap’ which Arado planned to use on the Ar 198 and Ar 240. Trials revealed that the flap was so effective that the lift distribution along the wing changed radically, so a further modification was added to droop the ailerons along with the flaps. Testing continued for some time, resulting in the ‘Arado travelling aileron’ and ‘Arado landing flap’.

The fourth and fifth prototypes were the Ar 80 V4 and Ar 80 V5. These were basically similar to each other, and differed from their predecessors in having an enclosed cockpit and the powerplant of one Jumo 210Ga engine with a fuel-injection system rather than a conventional carburation system. The Ar 80 V4 and Ar 80 V5 underwent extensive tests at the Rechlin flight centre and Tarnewitz armament centre before being returned to the manufacturer for use by the defensive flight operated by the company test pilots for the protection of the Arado factory at Warnemünde.

A development of the last two prototypes with the Jumo 210Ea engine and retractable main landing gear units was proposed as a production model, but all work on this notion was terminated upon the selection of the Bf 109 to meet the Luftwaffe’s needs for a pioneering monoplane fighter.