Occupying the technical and operational border between the heavy and the super-heavy tank, the FV 214 Conqueror was also known as the Tank, Heavy No. 1, 120 mm Gun, Conqueror, and was a British heavy tank developed in the period after World War II which was only built in modest numbers. The spur for the creation of this impressive machine was the Soviet IS-3 heavy tanks, and its main armament was one 120-mm (4.72-in) gun, an altogether more potent weapon that the otherwise standard 20-pdr (83.4-mm/3.28-in) gun carried by the contemporary Centurion battle tank, and the Conqueror’s specific operational task was the provision of long-range anti-tank support for the Centurion. Within this context, the 185 completed Conqueror tanks were issued at the scale of nine for each regiment in Germany, usually grouped in three-tank troops. 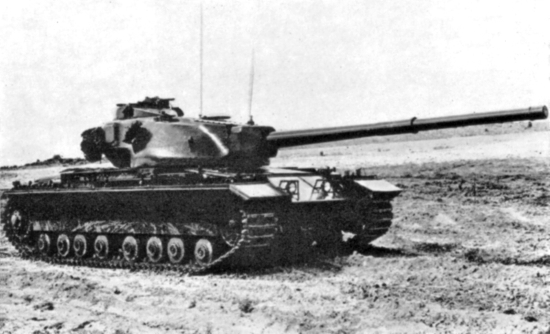 The Conqueror’s chassis was based on that of the A45 Infantry Support Tank, whose design was inaugurated in 1944 shortly after that of the A41 Centurion. After the war the project was redesignated into the ‘Universal Tank’ design of the FV 200 series. The FV 200 series was to have been based on a common hull for all members of the series, which was to have included self-propelled artillery, armoured personnel carrier, and three types of tank. One of these tank types was to have been the FV 201 heavy tank of 54 tons, armed with the 20-pdr gun.

The Caernarvon may originally have been intended to be the main battle tank member of the FV 201 family, but the success of the Centurion meant that such a vehicle was no longer required. The Caernarvon was therefore used only for chassis development work and troop trials.

It was in 1955 that the first Conqueror was produced at the beginning of a programme which saw of 20 Conqueror Mk 1 and 165 Conqueror Mk 2 tanks completed up to 1959; this total of 185 included several conversions from Caernarvon Mk II standard. The few Conqueror tanks completed soon lost most of their tactical importance with the advent of Centurion tanks armed with the excellent L7 105-mm (4.13-in) gun.

The larger-calibre gun was of US origins, namely the 120-mm (4.72-in) M58 weapon derived from a heavy anti-aircraft gun and initially used on the US M103 heavy tank, and in British service was designated as the L1. The L1 fired a separate-loading round, in which the projectile was loaded into the breech, followed by a cartridge case consisting of a brass case, primer and propellant in a fixed unit. This separate-loading system necessitated the use of two loaders. The only part of the cartridge case consumed during firing was the propellant and a plastic cap on the end of the brass cartridge case, and the spent cartridge case was ejected after firing. After being fired, the spent cartridge was extracted from the breech and fell onto the turret floor; the impact activating a trigger which started the hoist motor. The case was then lifted up a chute and ejected through a turret-side door automatically opened by the passage of the case along the chute. The use of separate-loading ammunition offered some safety advantages and facilitated handling, but reduced shell capacity to 35. The L1 was an L/55.3 rifled weapon, and weighed 3,926 lb (1781 kg) including its breech mechanism.

The armour of the Conqueror was very heavy for its time, especially in the front, where it was 7 in (178 mm) thick. Protection was therefore excellent, but on the other side of the tactical coin this meant that the considerable weight of the large cast turret required to house the gun, its spent case ejection system, rangefinder and advanced fire-control system combined with that of the large hull to render the vehicle very heavy, which meant that the Conqueror had a maximum speed of only 21 mph (34 km/h) and was mechanically unreliable – this resulted largely from the fact that the tank was underpowered with the 810-hp (604-kW) Rolls-Royce Meteor M120 Mk 1A water-cooled V-12 petrol engine. The tank’s weight also meant that few bridges could support its weight. However, rather like the Churchill infantry tank of World War II, with its Horstmann suspension (eight wheels on each side), the Conqueror had exceptional cross-country capability and proved to be as successful across country as the lighter Centurion tank. 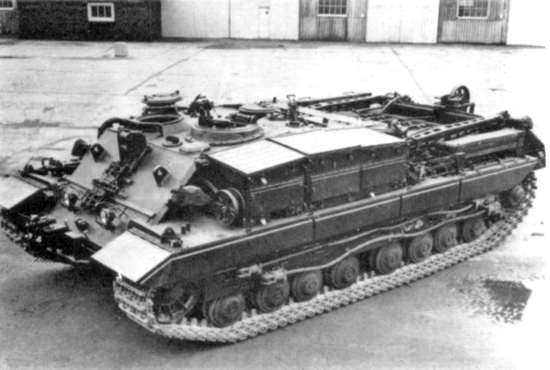 One feature of particular note was the rotating commander’s cupola, which was the core of the Conqueror’s fire-control system and notably advanced for its time. The commander could align the cupola on a target independently of the turret, measure the range with a coincidence rangefinder and then direct the gunner onto the desired bearing mechanically indicated to him by the cupola. In theory, when the gunner traversed to the new bearing he would find the target already in his sight and therefore be ready for immediate engagement. Meanwhile, the commander was free to search for the next target.

The variants of the Conqueror were the Conqueror Mk I with three periscopes for the driver, Conqueror Mk II with an improved junction of the frontal armour plates, a single periscope for the driver, and an improved exhaust system, FV 215b design study of Conqueror chassis with a limited-traverse turret mounting a 183-mm (7.2-in) gun and taken only as far as a wooden mock-up, and turretless FV 222 Conqueror Armoured Recovery Vehicle of which 28 were produced as eight ARV Mk I and 20 ARV Mk II vehicles with a weight of 57 tons and a direct-pull winch with a capacity of 45 tons.

The Conqueror remained in service, with regiments of the British Army of the Rhine in West Germany, for only seven years before being replaced by later-variant Centurion tanks. 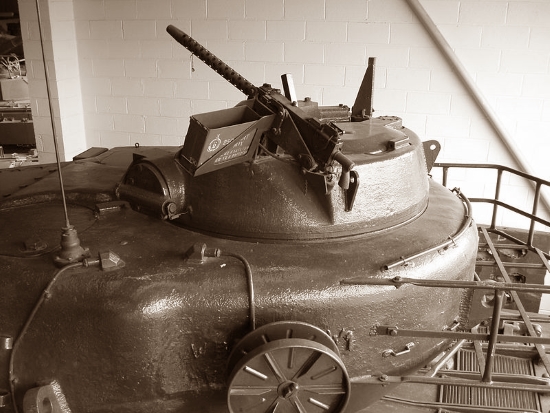