The ‘Guépard’ class destroyers was designed for a speed of 35.5 knots, had 5.46-in (138.6-mm) L/40 modèle 23 guns with the same type of hand-worked rotating breech mechanism as the smaller guns of the ‘Jaguar’ class, but the ‘Aigle’ and ‘Vauquelin’ class destroyers, designed for a speed of 36 kt, introduced the lighter and handier 5.46-in (138.6-mm) L/40 modèle 27 gun whose cradle was lower than that of the earlier gun so that loading was easier, and which had a semi-automatic breech mechanism inspired by the German sliding block type. Thus the rate of fire was increased to 12 rounds per minute from the figure of six rounds per minute in the modèle 24 gun. The ‘Le Fantasque’ class destroyers, designed for a speed of 37 kt, had the 5.46-in (138.6-mm) modèle 29 gun with a 45- rather than 40-calibre barrel, but was otherwise similar to the modèle 27 gun. The modèle 29 gun had a maximum range of 21,875 yards (20000 m) at the maximum 30° elevation angle, and its theoretical rate of fire was 12 rounds per minute. For a first time in a contre-torpilleur, full director fire-control was provided. 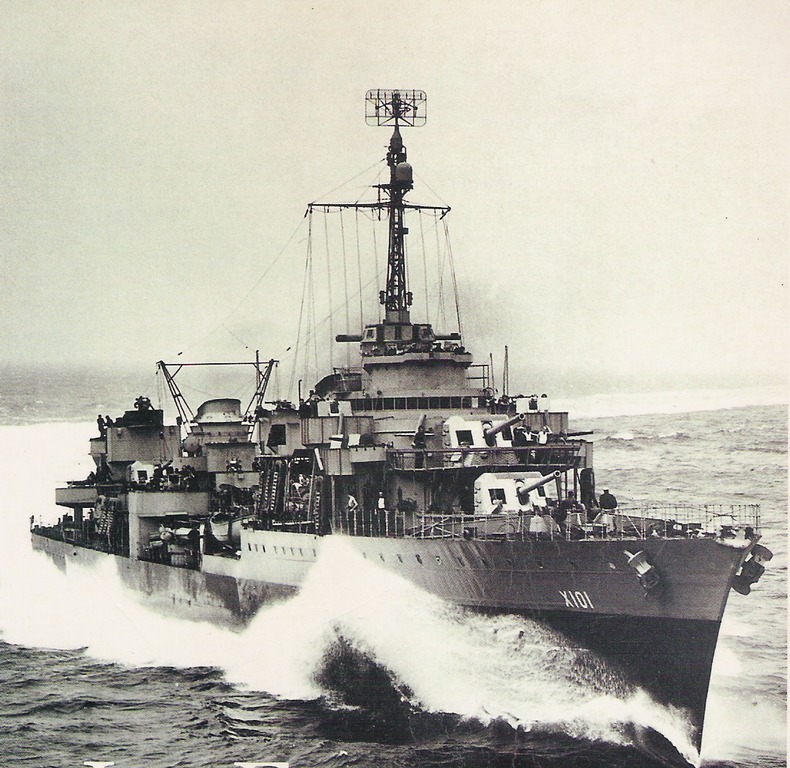 High speed
All 24 of these ships were notably fast: the ‘Guépard’ class vessels steamed an average of 38 to 39 kt on trials, the ‘Aigle’ and ‘Vauquelin’ class vessels an average of 41 to 42 kt, and the ‘Le Fantasque’ class ships more than 43 kt. One unit of the ‘Le Fantasque’ class, Le Terrible, established a world speed record with an 8-hour average of 45.03 kt. As was revealed in World War II, during sweeps in the Kattegat during 1940 and in the Adriatic and Aegean seas in 1943/44, these destroyers were able to reach speeds of up to 40 kt when operating in divisions of three ships, a truly exceptional capability for a group of ships. Another remarkable aspect of these ships’ capabilities was that they remained very fast right up to the end of their lives. After the war, the four surviving but rather overloaded ‘Le Fantasque’ class destroyers were still capable of maintaining an easy 32 kt at full load.

Ordered under the 1930 programme, the ‘Le Fantasque’ ships were a considerable improvement over their predecessors. Their slightly increased displacement and dimensions now only allowed the shipment of the improved main armament, but also made possible a significant improvement in the machinery, and for the entirety of careers they were the fastest flotilla craft afloat. Trials results at standard displacement varied from 42.71 kt for Le Fantasque to 45.03 kt Le Terrible at 96,419 and 94,240 shp (71890 and 68775 kW), although it was L’Audacieux which developed the most power at 101,876 shp (75960 kW). The range was 4,000, 3,000 2,500 and 840 nm (7415, 5560, 4630 and 1555 km) at 15, 21, 24 and 40 kt respectively. However, all of the ships were prone to recurrent machinery problems, though the Rateau-Bretagne single-reduction geared turbines proved more robust than the Parsons machinery of the same basic layout. 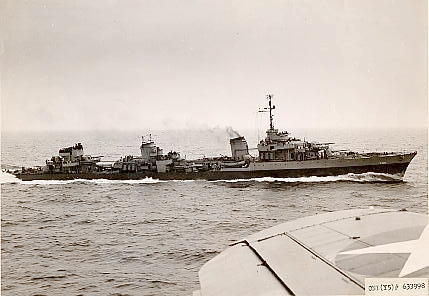 War service
Le Triomphant served in the Free French naval forces from June 1940 and had the no. 4 5.46-in (138.6-mm) gun replaced by a British 4-in (101.6-mm) anti-aircraft guns, other changes being the addition of two 2-pdr AA gins in single mounts and eight AA machine guns, and sonar and Type 290 radar were added. L’Audacieux was badly damaged on 23 September 1940 at Dakar in West Africa by the fire of the cruiser Australia, was repaired but was sunk on 7 May 1943 by Allied bombers at Bizerte in North Africa, the hull being broken up in August 1947. The other four ships had two 37-mm AA guns in a twin mount and two machine guns added in 1941-42, and all four surviving ships were refitted in the USA between February 1943 and April 1944. This refit changed the AA armament two eight 40-mm Bofors AA guns in one quadruple and two twin mounts as well as 10 20-mm Oerlikon AA cannon in single mounts except in Le Triomphant, which had only six 40-mm and no 20-mm weapons. The bunkerage was increased to 730 tons, one bank of torpedo tubes was removed, the full-load displacement was increased to 3,750 tons, and the complement was increased to a maximum of 302. In this form the ships were re-rated as light cruisers despite the fact that they lacked range of real cruisers.