In 1930 the French air ministry issued a C.1 (Chasse monoplace, or single-seat fighter) requirement for a fighter to replace the aircraft of the Nieuport-Delage Ni-D.62 series, and Dewoitine decided to break away from its previous pattern of parasol-wing monoplane fighters in pursuit of the higher performance which would result from the lower drag and reduced structure weight theoretically possible with a low-wing cantilever monoplane configuration.

Dewoitine therefore opted for a conventional all-metal structure skinned entirely in light alloy, and the core of this airframe was the oval-section fuselage, which carried the engine in the nose, the wing and main unit of the fixed tailskid landing gear on the centre of gravity, the open cockpit above the wing’s trailing edges and, at the rear, a tail unit including a tailplane that was braced on each side to the fuselage by a pair of struts. The wing was tapered in chord and thickness, and the trailing edges had large cut-outs at its root ends inboard of the otherwise full-span ailerons. The substantial main landing gear arrangement was one of the most distinctive features of the aeroplane, and was of the divided type with each wheel enclosed in a large spat to reduce drag: each half of the main landing gear was based on a V-type strut whose open ends were hinged to the lower longerons and carrying a single spatted wheel braced in the vertical plane by a shock-absorber leg rising to the main spar.

The D.500.01 prototype recorded its maiden flight on 18 June 1932 with the armament of two 0.303 in (7.7 mm) Vickers fixed forward-firing machine guns in the forward fuselage. The powerplant was based on one Hispano-Suiza 12Xbrs V-12 engine rated at 660 hp (492 kW) at take-off and 690 hp (515 kW) at 12,795 ft (3900 m), and this was cooled by water passing through a deep radiator located between the main landing gear units and fitted with a shuttered front to control the amount of cooling, and drove a two-blade propeller of the fixed-pitch type.

The D.500 was judged best of the various contenders, and in November 1933 the French air ministry ordered an initial 60 examples of the D.500C.1 production version. Deliveries of this version, which included three for Venezuela with the designation D.500V, eventually totalled 103 aircraft built by Dewoitine and Lioré-et-Olivier. The early aircraft retained the same twin-gun armament as the prototype, but in later aircraft these Châteaullerault-built Vickers guns were replaced by a pair of 0.295 in (7.5 mm) Darne machine guns, and a further two of these French-designed machine guns were added in the wing’s leading edges just outboard of the main landing gear shock-absorber legs.

The D.501 was a development of the D.500 with considerably more powerful armament. The two fuselage-mounted machine guns were removed, and the adoption of the Hispano-Suiza 12Xcrs engine, rated identically to the Hispano-Suiza 12Xbrs of the D.500, allowed the introduction of a moteur-canon installation in which a 20 mm Hispano-Suiza (Oerlikon) S7 cannon was fitted between the two cylinder banks of the V-12 engine to fire through the hollow propeller shaft. This version was accepted for French service with the designation D.501C.1, and production totalled 177 aircraft built by Dewoitine, Lioré-et-Olivier and Loire: 163 were delivered for French service (133 to the air force and 30 to the naval air arm) and the other 14 for Lithuanian service with the designation D.501L.

The success of the D.500 and D.501 persuaded Dewoitine to undertake a major development effort, and before another variant was accepted for service this resulted in a number of prototypes and projects: these latter included the D.502 project for a catapult-launched floatplane fighter, the D.503 prototype that was converted from the unflown D.511 with the Hispano-Suiza 12Xcrs engine for a maiden flight on 15 April 1935, the D.504 project for parachute trials, and the D.505 to D.509 projects with a number of different powerplants.

When Hispano-Suiza introduced its HS 77 liquid-cooled V-12 engine as a powerplant that was heavier but usefully more powerful than its HS 76 (12Xbrs), Dewoitine decided to revise one or two of its D.500 fighters to take the new engine, which received the official designation Hispano-Suiza 12Ycrs. The first of these machines was the D.510.01 prototype which recorded its maiden flight on 14 August 1934. The engine was rated at 860 hp (641 kW) at 10,830 ft (3300 m) and was capable of accepting a moteur-canon installation of one 20 mm Hispano-Suiza HS-9 cannon. The only other changes that differentiated the D.510 from the D.500 were a slightly lengthened nose, an increase in fuel capacity, and some modification of the main landing gear units. 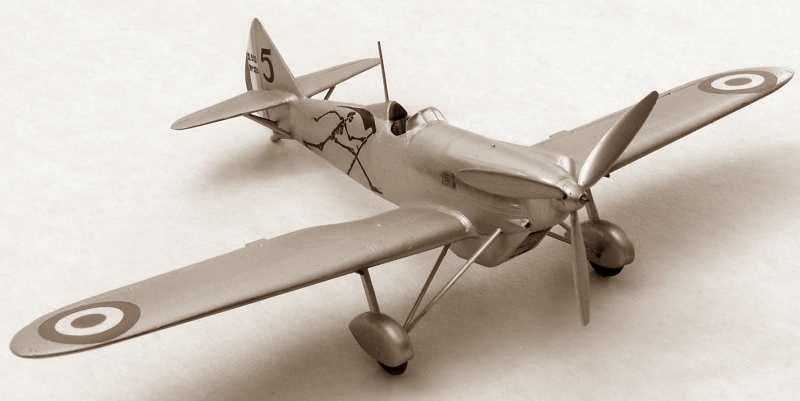 The revised type was accepted for French air force service as the D.510C.1, of which 88 entered service from mid-1935, and four groupes de chasse (fighter wings) were still equipped with the type on the outbreak of World War II. The aircraft were flown by several escadrilles régionales de chasse (regional fighter squadrons) for the air defence of cities and industrial facilities well behind the front line, but of these aircraft had been withdrawn to North Africa by the time of the German invasion of France in May 1940.

Production of the D.510 totalled 118 aircraft built by Lioré-et-Olivier and the Société Nationale de Constructions Aéronautiques du Sud-Est, and the later aircraft were completed with MAC 1934 rather than Darne machine guns in the leading edges of the wing. The balance of 30 aircraft was sold to China (24 examples of the D.510C for the forces fighting the Japanese), Japan (two examples of the D.510J for the naval air force for evaluation with the local short designation AXD1 and long designation Dewoitine Navy Type D Carrier Fighter), the UK (one example of the D.510A), the USSR (one example of the D.510R) and Hejaz, as Saudi Arabia was then known (two examples of the D.510TH which were in fact destined for the Republican government air force fighting Nationalist insurgents in the Spanish Civil War [1936/39]). With the exception of the Chinese and Spanish aircraft, the exported aircraft were used only for evaluation purposes.

By the time the D.510 entered service in October 1936 its concept was decidedly obsolete, but Dewoitine made a final effort to keep the type current with the D.511 prototype, which was a D.510 conversion with a wing of reduced span and area, cantilever main landing gear legs, and engine cooling by means of a frontal radiator.

Fixed armament: one 20 mm Hispano-Suiza (Oerlikon) S7 fixed forward-firing cannon with 60 rounds in a moteur-canon installation to fire through the hollow propeller shaft, and two 0.295 in (7.5 mm) Darne fixed forward-firing machine guns in the leading edges of the wing