A particular feature of the turbojet-engined warplanes which evolved in the late 1940s and early 1950s was their steadily increasing combination of power and performance. This was seen as useful as it improved such warplanes’ overall operational capabilities, but on the other side of the coin, there was the less attractive combined feature of greater weight, increased complexity and higher development, production and operating costs, which translated into longer runway requirements, reduced serviceability and lower procurement totals. Approaching the mid-1950s, the North Atlantic Treaty Organisation (NATO) was coming to appreciate that the greater operational capabilities of the best modern warplanes were on the verge of being overtaken by their limiting factors, and decided to investigate ways to overturn this tendency.

NATO decided that there was room for a simple, and therefore light and affordable, attack fighter that could be procured in large numbers for service with many of NATO’s tactical fighter-bomber squadrons based on existing airfields. The SACEUR (Supreme Allied Commander, Europe) technical staff therefore drew up a specification for a single-seat attack fighter characterised by robust construction, ease of maintenance even under the most difficult operational conditions, limited but effective navigation and weapon-aiming systems, and capability for the installation of any of three fixed forward-firing armaments (four 0.5-in/12.7-mm machine guns, or two 20-mm cannon or two 30-mm cannon) and carriage of an underwing load of 1,000 lb (454 kg) including two bombs or 12 3-in (76-mm) unguided air-to-surface rockets, an empty weight not exceeding 5,000 lb (2268 kg), and performance including the ability to operate from grass runways yet reach a maximum speed of Mach 0.95.

British industry had been considering a move in this direction as a private venture, and its leading contender was the Folland Fo.141 Gnat, evolved from the Fo.139 Midge prototype. The edge appeared to lie with the French, however, for both the air force and industry had been working toward the same conclusion as NATO for some time. This resulted in the development of two basic types from Dassault and Breguet. The French approach to the lightweight fighter concept was somewhat more complex than that of the British, for Gallic endeavours were directed toward the development of single- and twin-engined variants of both basic designs, the single-engined variants being directed at the NATO requirement and the twin-engined variants at the French air force’s need for an attack fighter with greater operational reliability.

Breguet had meanwhile been moving along a parallel track with its Br.100 design, which was named Taon (horsefly, and also an anagram of NATO) and also schemed in single- and twin-engined forms as the Br.1001 and Br.1100 respectively. Design work on the Taon began in July 1955, but was temporarily halted in February 1956 when evaluation of a model in a US wind tunnel suggested that much improved performance could be achieved by the incorporation of partial area-ruling of the fuselage for reduced transonic drag: the wing-root bulges associated with this area ruling had the added advantage of increasing the standard fuel capacity. 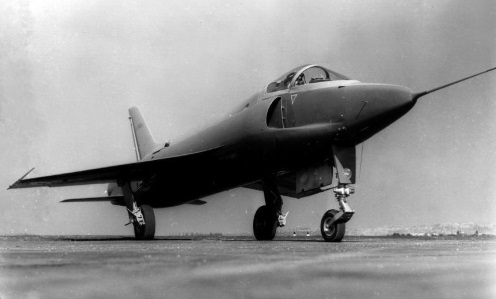 Construction of the first Br.1001 began in January 1957, and this Br.1001.01 prototype recorded its maiden flight a mere seven months later on 26 July 1957 as an extremely attractive machine of light alloy construction. The Br.1001 was based on an oval-section fuselage carrying a high-set cockpit under a rear-hinged canopy, the powerplant of one Orpheus engine aspirated via lateral inlets below the cockpit and exhausting via a plain nozzle at the extreme tail, a mid-set swept wing with leading-edge slats and a trailing-edge combination of inboard flaps and outboard ailerons, a swept vertical tail surface with an inset rudder, a low-set tailplane of the all-moving type, and retractable tricycle landing gear with a single wheel on each unit. 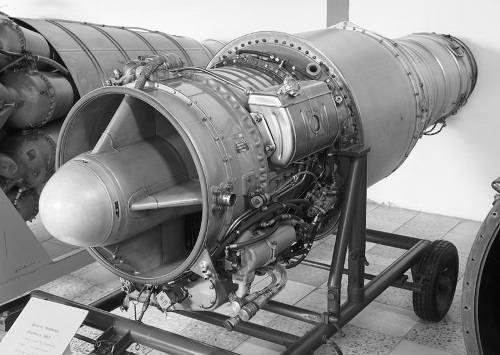 The Br.1001.02 second prototype differed from the Br.1001.01 in minor aerodynamic details, and was also lengthened by 1 ft 5.25 in (0.438 m). The Br.1001 fully met the NATO requirement, and from February 1957 was evaluated against the other contenders. Ultimately, the NATO panel’s decision went to an Italian contender, the Fiat G91.

Type: experimental aeroplane for use as a lightweight attack fighter prototype

Accommodation: pilot on a Martin-Baker Mk 4 ejection seat in the enclosed cockpit