The series of low-wing cantilever racing aircraft designed by Marcel Riffard for the Société Anonyme des Avions Caudron during the mid-1930s marked an apogee in the development of European high-performance aircraft in the period immediately before World War II. The aircraft were of all-wood construction and were notable for their exceptionally clean lines, which ensured that the aircraft were capable of attaining very high speeds with engines of only modest power. It was only a short conceptual step from the existence of these racers to the development of types with a more martial character. Riffard was convinced that his combination of a wooden structure and a very clean design could be used as the basis of both a fighter and a fighter trainer with a powerplant respectively of one inverted V-type engine of modest power and one inverted inline engine of low power. Riffard was confident that there would be a useful market for such types as they could offer performance and overall capabilities comparable with those of larger and more powerful aircraft but at considerably lower purchase and operating costs. 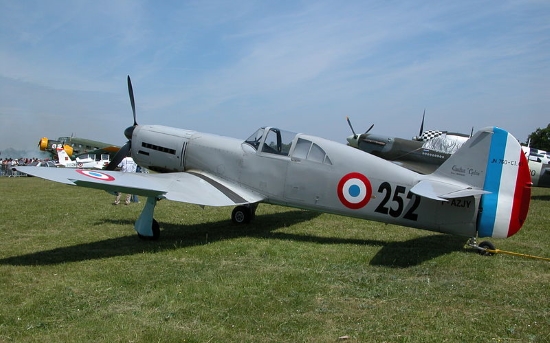 The fighter trainer eventually matured as the C.690M, while the fighter type was planned for the interceptor role and evolved through several steps. The first of these was the C.710 Cyclone, which recorded its maiden flight in July 1936 as competitor to the ANF Les Mureaux 190 to meet a French air ministry requirement for a lightweight fighter.

The type was of basically wooden stressed-skin construction, and in configuration was a low-wing cantilever monoplane with an enclosed cockpit and fixed tailwheel landing gear including cantilever main units which were nicely faired and carried spatted wheels. The structural core of the airframe was the wood-framed and plywood-covered fuselage, which was of basically rectangular section with rounded corners and a curved upper decking behind the cockpit, and this fuselage carried flying surfaces comprising a tail unit skinned in plywood with the exception of the metal-framed and fabric-covered elevators, and the plywood-covered wooden wing. The wing’s flat centre section was of constant chord and was built to be integral with the fuselage, and it also supported the dihedralled outer wing panels which were tapered in chord and thickness, had the standard trailing-edge combination of flaps inboard of the metal-framed and fabric-covered ailerons, and carried the main units of the wide-track landing gear.

The C.710 was powered by one Renault 12R-01 air-cooled inverted V-12 engine rated at 500 hp (373 kW) for take-off and driving a three-blade metal propeller, and in its C.710.01 prototype form was characterised by a vertical tail surface of rounded shape and low height. Armament was not installed for the initial flights, but was later retrofitted in the form of two wing-mounted 20-mm Hispano-Suiza HS-9 cannon each supplied with ammunition from a 60-round drum. The first prototype crashed in February 1938, but meanwhile two additional airframes had been completed and the second of these was finalised as the C.710.02 with a taller vertical tail surface of basically triangular shape. The C.710 had a maximum take-off weight of 3,627 lb (1645 kg), and its performance figures included a maximum speed of 247 kt (283 mph; 455 km/h) at 13,125 ft (4000 m). The French air ministry decided that the C.710 would not be an effective fighter, but possessed the potential for development into such a type, which was developed via the C.711 and C.712 designs with more powerful engines. 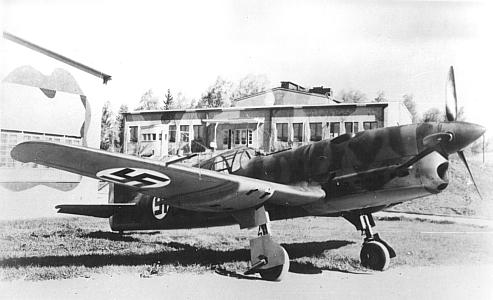 The following C.714 was planned as a development of the C.713 with the revised armament of four 0.295-in (7.5-mm) MAC 1934 M39 fixed forward-firing machine guns in two trays that fitted flush under the outer wing panels outboard of the main landing gear units. The C.714.01 prototype recorded its maiden flight on 6 July 1938, and in November of the same year the French air ministry ordered two aircraft with an option of a further 180 machines. The standard specified for this C.714C.1 Cyclone fighter in the Chasse mono-place (single-seat fighter) category included the Renault 12R-03 engine with a revised carburettor to allow negative-g manoeuvres, longer-stroke shock absorbers in the main landing gear units, and a revised wing of reduced camber with narrower-chord flaps.

The French air force then decided that it neither needed nor wanted a lightweight fighter, especially as its climb performance had by now proved disappointing in terms of the originally planned interceptor role, and it was decided that the first 50 aircraft would be diverted to Finland. The first C.714 off the production line recorded its maiden flight on 10 June 1939, and deliveries of the new type began in the summer of 1939, but by March 1940 the Finns had received only six aircraft, the presumption being that the others had been lost in transit. Another 42 aircraft were retained in France for use by Groupe de Chasse I/145, which was a French air force unit manned by Polish air force personnel who had managed to escape after the total defeat of their country by the Germans in the September 1939 campaign that began World War II.

Deliveries did not start until January 1940. After a series of tests with the first production examples, it became apparent that the design was seriously flawed. Although light and fast, the new type was beset by the fact that its wooden construction would not permit the installation of a more powerful engine. The original engine seriously limited climb rate and manoeuvrability, with the result that the C.714 was withdrawn from active service in February 1940. In March, the initial production order was reduced to 90, as the performance was not considered good enough to warrant further production contracts, and 50 were diverted to Finland to fight in the ‘Winter War’ (1939/40) against the USSR.

On 18 May, 35 C.714C.1 fighters were delivered to the Polish ‘Warsaw Squadron’, otherwise the Groupe de Chasse polonais I/145, stationed at the Mions airfield. After just 23 sorties, adverse opinion of the fighter was confirmed by front-line pilots, who expressed concerns that it was seriously underpowered and no match for contemporary German fighters. On 25 May, only a week after it was introduced, French Minister of War Guy la Chambre ordered the withdrawal of all C.714C.1 fighters from active service. However, since the French authorities had no other fighters to offer them, the Polish pilots ignored the order and continued to fly their Caudron fighters. Despite flying a fighter outclassed by the Messerschmitt Bf 109E, the Polish pilots scored 12 confirmed and three unconfirmed victories in three battles between 8 and 11 June, losing nine of their own number in the air and nine more on the ground. Interestingly, among the aircraft shot down by C.714C.1 fighters were four Dornier Do 17 twin-engined bombers, but also three Bf 109 single-engined and five Bf 110 twin-engined fighters.

After the defeat of France in June 1940, some of the machines were kept for use by the air force of the Vichy regime created to run the part of France unoccupied by the Germans, who themselves seized about 20 of the Cyclones for use by the Luftwaffe as fighter trainers.

The Caudron fighter was also used by the Polish training squadron based in Bron near Lyon. Although the pilots managed to disperse several bombing raids, they did not score any kills but also lost no aircraft.

By the fall of France, only 53 production machines had been delivered (although the number varies, with 98 another common figure). Despite the diversion of a larger number to Finland, only six C.714 machines were there received in a semi-assembled state. An additional 10 were on the dockside at the time of France’s armistice with Germany, and further shipments were thereupon halted. After assembly, the C.714 fighters were limited in Finland to test flights and, in September 1941, combat flights with the fighters were prohibited. The aircraft were maintained on the roster until they were retired and scrapped on 30 December 1949.