Whereas the two premier British four-engined heavy bombers of World War II, the Avro Lancaster and Handley Page Halifax, were intended for night bombing, their US equivalents in the European theatre, the Boeing B-17 Flying Fortress and Consolidated B-24 Liberator, were intended for daylight bombing. The British aircraft were generally armed defensively with 0.303-in (7.7-mm) rifle-calibre machine guns: in their definitive forms the Lancaster had two such guns in the powered nose and dorsal turrets and four in the powered tail turret, and the Halifax one manually controlled gun in the nose position and four guns in the powered dorsal and tail turrets. These bombers had no defensive guns in a ventral defensive installation, and the German night-fighter pilots learned to close under the fuselage, which could then be raked by the shells of their shräge Musik (shrill music, i.e. jazz) installations, which comprised a pair of cannon in the upper fuselage behind the cockpit and arranged to fire obliquely upward and forward.

Faced with the possibility of attack by large numbers of fighters, the US day bombers operated in formations designed to provide mutual defensive fire, and were armed defensively with more machine guns, of which most were heavier Browning M2 0.5-in (12.7-mm) weapons. In their definitive forms, the B-17 and B-24 carried 13 and 10 such weapons which, in the case of the B-17G, comprised of two in the Bendix powered chin turret, one manually operated weapon in each of the two nose cheek positions, one manually operated weapon in each of the two longitudinally staggered waist positions, two in the Sperry dorsal turret, two in Sperry powered ventral turret in the belly, two in the powered tail turret and one manually controlled weapon in the nose.

Ventral defence was the task of the Briggs Sperry Model 13 ball turret. Though unconventional, this was an excellent design, and successful prototype trials led to its specification for both the B-17 and B-24. It was equipped with the ungainly but capable Sperry computing gunsight for the prediction of deflection and ballistic trajectories. The Model 13 was also the most compact turret in service, with the gunner crouched behind the sight, with his knees raised on each side, and possessing adequate fields of vision to his front and sides. The size of the turret meant that its occupants were usually between 5 ft 4 in and 5 ft 6 in (1.68 and 1.68 m) in height. 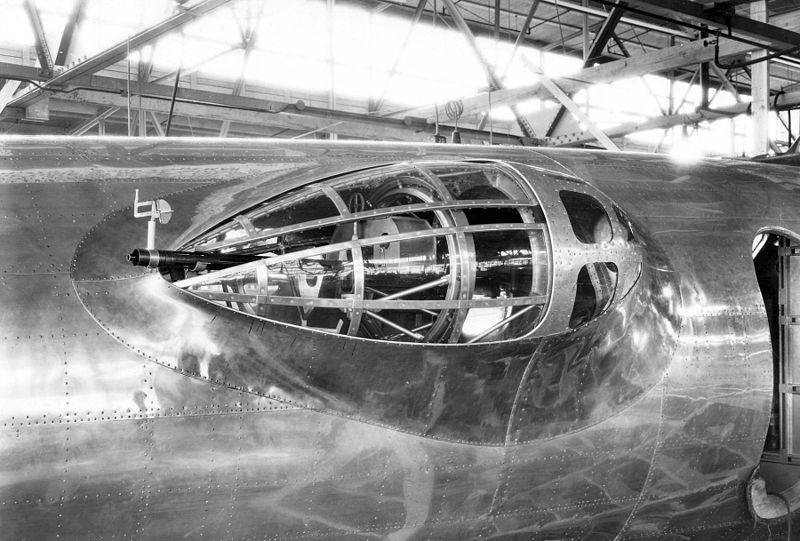 In the B-17, the Model 13’s installation was uncomplicated, and took the form of a ring fixed to a strengthening unit in the bottom of the fuselage with the turret structure suspended from this. The lesser ground clearance of the B-24, and the Sperry design team had therefore to make the turret retractable into the fuselage: the turret was suspended from a heavy roof support by a hydraulic retraction ram which rotated through 360°. For the extension of the turret once the bomber was airborne, the turret was turned by hand crank through 90° until the guns pointed vertically downward and the access door was uppermost and closed. The hydraulic retraction valve was then closed, power for retraction being supplied by a hand pump in the fuselage, which was given a few strokes to lift the suspended turret off the safety hooks, which were then disengaged. The hydraulic valve was then slowly opened, allowing the turret to descend under its own weight until tapered bushes seated in their housings. The master switch on the support beam was then turned on.

The turret was hydraulically controlled from a Vickers power unit in which a constant-speed electric motor was used to power two hydraulic pumps, whose output was controlled by hand grips, to drive the turret rotation motor and gun cradle elevation rams. The speed and direction of the azimuth hydraulic motor and elevation rams were varied by the amount of movement of the hand grips controlling the hydraulic valves.

The gunner’s entry into the turret was a delicate operation, for unless it was securely locked the unit was so delicately balanced that it could swivel round and break the gunner’s leg. The gunner had to open the door, and use the hand crank to steady the turret while reaching into it and moving the elevation clutch to ‘out’. After placing his right foot on the seat to ensure no movement, the gunner lowered himself into the turret by grasping and swinging down on the support frame. He then put his right foot in its rest, and his left heel on the range pedal. After fastening his belt he closed and fastened the door. The exit of the gunner and retraction of the turret were essentially the reverse of the above. A cam-operated switch closed when the turret was properly retracted, and flashed an indicator light in the cockpit to tell the pilots that the turret was stowed.

The process in the B-17 was similar, though without the extension and retraction element. However, in the B-17 it was essential to have the guns pointing to the rear for take-off and landing, and under no circumstances was the turret occupied during this time. 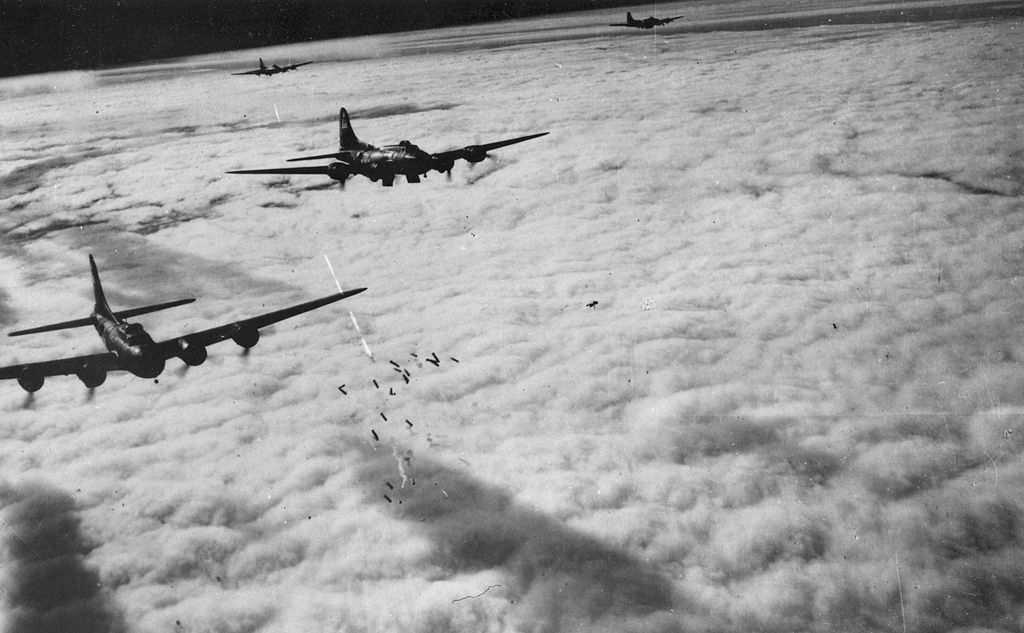 The seated gunner prepared his turret for action. He checked that the rotation power clutch was engaged, turned on the sight switch, and grasped the hand grips. The controls operated in a fashion opposite to those of all other turrets: to rotate the turret to the left, the handles were turned to the right, and vice versa; and to elevate the guns the handles were pulled toward the gunner. The guns were fired by thumb buttons on each handle after the guns had been charged by pulling two handles next to the gunner’s feet: the gunner had to cross his arms and pull the right gun charging handle with his left hand, and the left with his right. The gunner plugged the hose of his oxygen mask into a socket below his seat, and his interphone plug to a socket to his front. By his right foot was a turret rotation dial. In the event of a power failure, the gunner could turn the turret by means of a hand crank high to his right, and elevate the guns by means of a handle to his left.

The Sperry K3 or K4 reflector sight then had to be checked. The gunner would have heard the sight drive motor start when the sight switch was closed, and now looked into the viewer and adjusted the rheostat until the reticle suited the outside light level. The sight gave a point of aim, calculated from range input from the left foot pedal, and turret movement via flexible shafts connected to the turret mechanism. When a target was sighted the gunner set the estimated wingspan on a dial, tracked the target and used his left foot to frame it between the aiming reticles. As he pressed the buttons the guns fired, drawing the ammunition belts from the tanks above his head, which held ammunition sufficient for 30 seconds of firing.

The turret was too small for the gunner to wear the standard parachute, though some men wore a chest parachute, and the entire unit could be jettisoned in an emergency by using a special tool to separate it from the housing.