Between October 1938 and April 1939 while working for the Società Aeronautica Italiana Ing. A. Ambrosini & C., Sergio Stefanutti designed the SAI.7 high-performance touring aeroplane for the civil market. One of the most elegant aircraft ever designed, the SAI.7 possessed exceptionally clear lines, was of wooden construction with plywood skinning, and was the first Ambrosini aeroplane with retractable landing gear, in this instance of the fully retractable tailwheel type with wide-track main units that swung inward and upward into the roots of the low-set cantilever wing. The first two aircraft were completed in July 1939 with a windscreen design that extended right to the nose for a very clean entry, and were entered into the prestigious Avio Raduno del Littorio competition that started a few days after the machines had recorded their maiden flights. The aircraft were too underdeveloped to win the competition, but nonetheless put in very creditable performances that included a maximum speed of 218 kt (251 mph; 404 km/h) with the powerplant of one Hirth HM 508D air-cooled inverted V-8 engine rated at 280 hp (209 kW), and one of the aircraft then took a class closed-circuit speed record over 53.9 nm (62.1 miles; 100 km) with a speed of 212 kt (244 mph; 393 km/h). 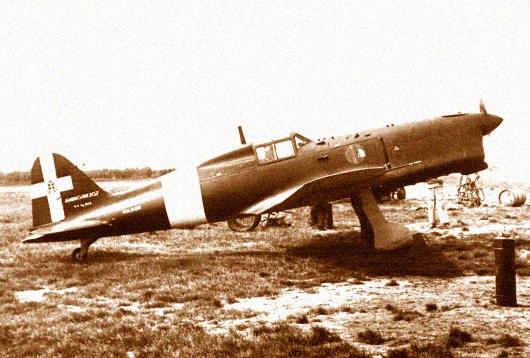 The high speed/power ratio of the SAI.7 caught the imagination of the Italian air force which, in common with several other air forces on the eve of World War II, saw considerable possibilities in the concept of a lightweight interceptor which could be built in large numbers without drawing on the country’s strategic stockpile of aluminium alloys. Little was done about the military potential of the SAI.7 in the short term, however, and it was 1941 before Stefanutti began work on a fighter trainer derived from the SAI.7 with the Hirth engine replaced by an Isotta-Fraschini Beta RC.10 inverted V-type engine rated at 280 hp (209 kW) in a fuselage lengthened from 23 ft 9 in (7.24 m) to 26 ft 11 in (8.20 m), span increased from 29 ft 5 in (8.97 m) to 29 ft 6.33 in (10.80 m), the beautifully faired racing windscreen replaced by a conventional stepped windscreen at the front of a more heavily framed cockpit enclosure with two rearward-sliding sections for access, and the landing gear modified with a fixed tailwheel. These changes increased the maximum take-off weight from 2,646 lb (1200 kg) to 2,998 lb (1360 kg), but the maximum speed was reduced only slightly to 216 kt (248.5 mph; 400 km/h) at optimum altitude. By the time the first of an eventual 10 S.7 fighter trainers appeared, however, the increasingly difficult military position in which Italy found herself was reflected in emphasis on combat aircraft rather than trainers, and further work on the fighter trainer was abandoned until after the end of the war, when it was revived and led to the S.7 and Supersette trainers. 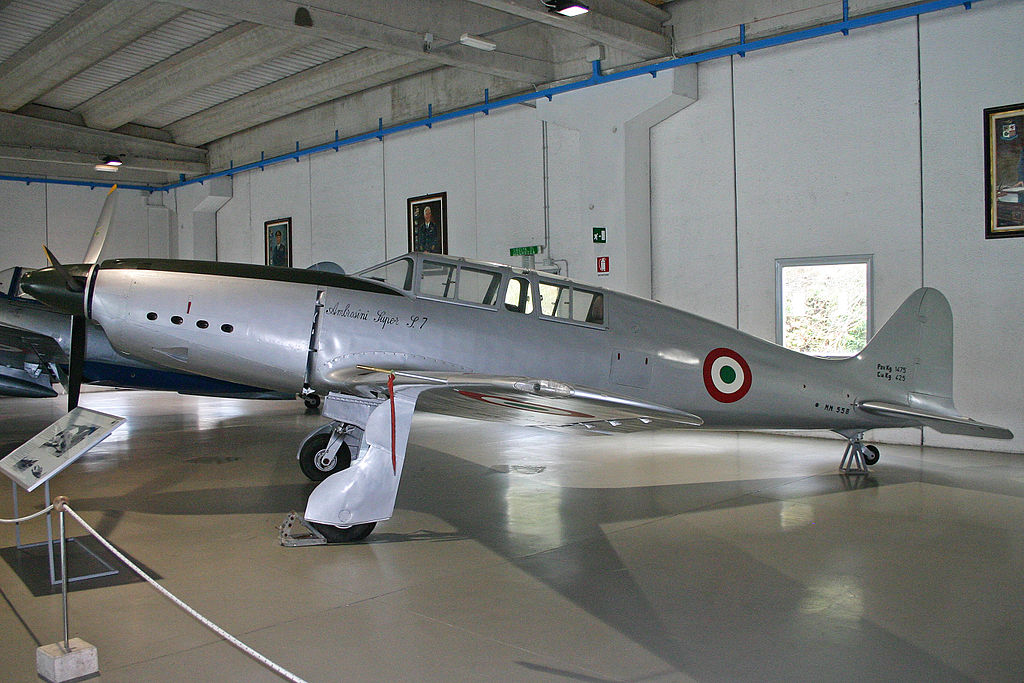 Throughout this process Stefanutti and the Italian air ministry had not lost sight of the SAI.7’s potential for development into a lightweight fighter, and in 1941 Ambrosini evolved the SAI.107 as an experimental fighter for full evaluation of this potential. The new type was essentially a single-seat derivative of the fighter trainer with a more powerful engine in the form of the Isotta-Fraschini Gamma RC.35-I inverted V-12 engine rated at 515 hp (384 kW) and driving a two-blade propeller. This singleton prototype recorded a maximum speed of 270 kt (311 mph; 500 km/h) after take-off at a maximum weight of 3,527 lb (1600 kg), and confirmed that a viable interceptor was possible. Stefanutti then proceeded with designing a fighter which had full operational equipment including armament. Based on a semi-monocoque fuselage, this was the SAI.207 which otherwise differed from the SAI.107 only in its more powerful engine driving a three-blade propeller. Flight trials with the first of the two prototypes began in the spring of 1941, and in the course of these the first SAI.207 recorded a dive speed of 518 kt (596 mph; 960 km/h) at 9,845 ft (3000 m), corresponding to Mach 0.86.

The Italian air ministry ordered Ambrosini to begin work on a pre-production batch of SAI.207 fighters and placed an order for 2,000 production aircraft. However, only 12 of the pre-production aircraft were completed; three of them being allocated to the 83a Squadriglia (18o Gruppo of the 3o Stormo Caccia Terrestre) at Ciampino and Cerveteri in the period between March and July 1943 for operational trials, and six others to the 162a and 163a Squadriglie of the 161o Gruppo in August 1943, in the process revealing excellent handling and manoeuvrability. Italy secured an armistice with the Allies in September of the same year. Production of the SAI.207 had meanwhile been cancelled in favour of its SAI.403 Dardo (dart or arrow) derivative. This was essentially a more sophisticated version of the SAI.207 with the same type of stressed-skin wooden construction but changes that included fully retractable landing gear rather than the SAI.207’s combination of retractable main units and a fixed tailwheel, a revised tail unit with a variable-incidence tailplane, greater ammunition capacities, and an upgraded powerplant in the form of the Isotta-Fraschini Delta RC.21/60 Serie I-IV inverted V-12 engine rated at 750 hp (560 kW) and driving a three-blade Piaggio propeller of the constant-speed type. 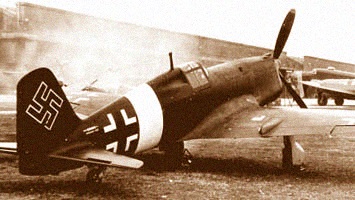 Fixed armament: two 0.5-in (12.7-mm) Breda-SAFAT fixed forward-firing machine guns with 175 rounds per gun in the upper side of the forward fuselage with synchronisation equipment to fire through the propeller disc